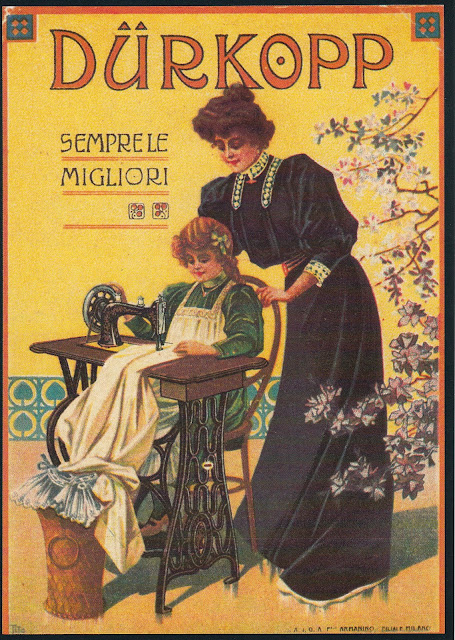 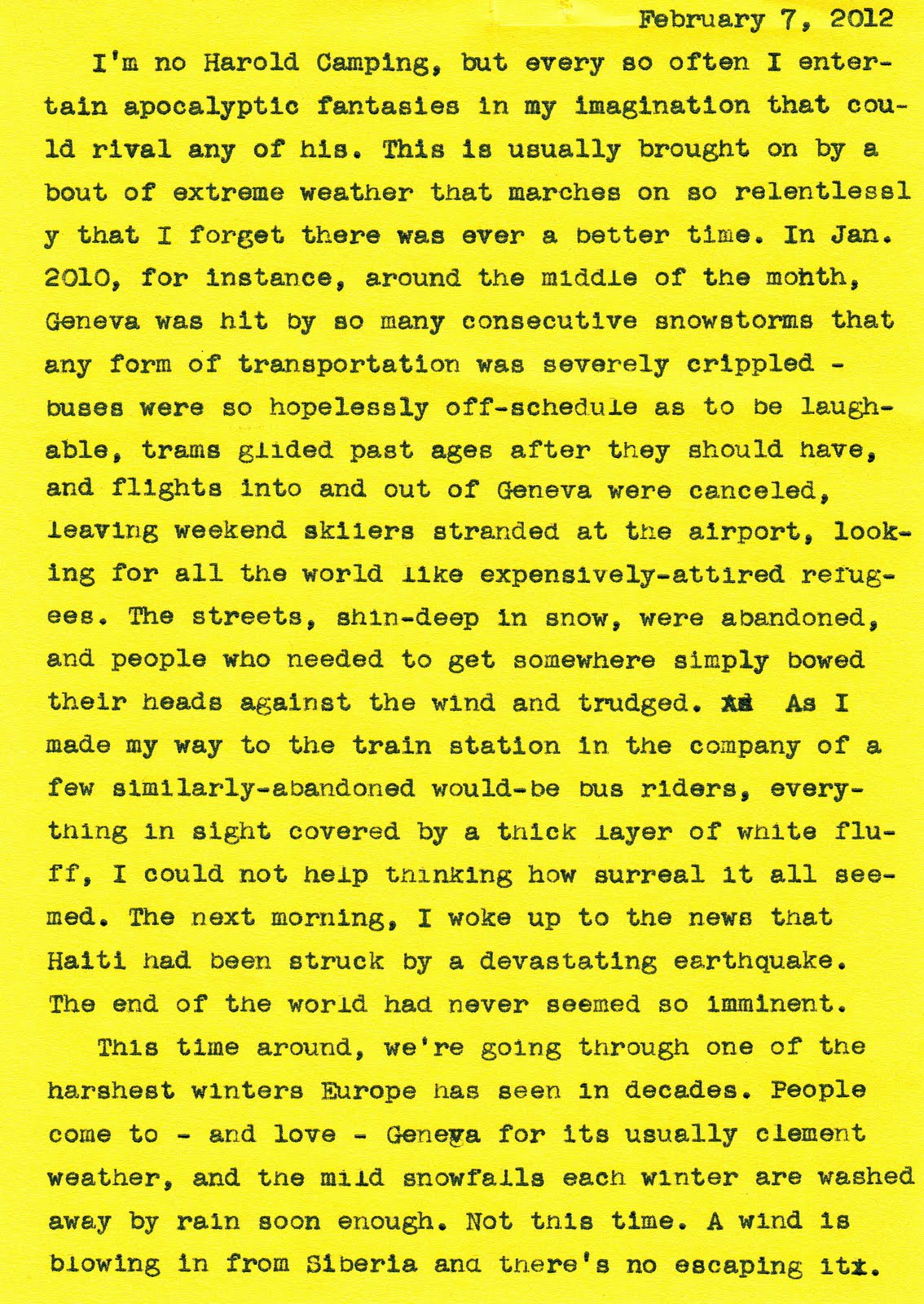 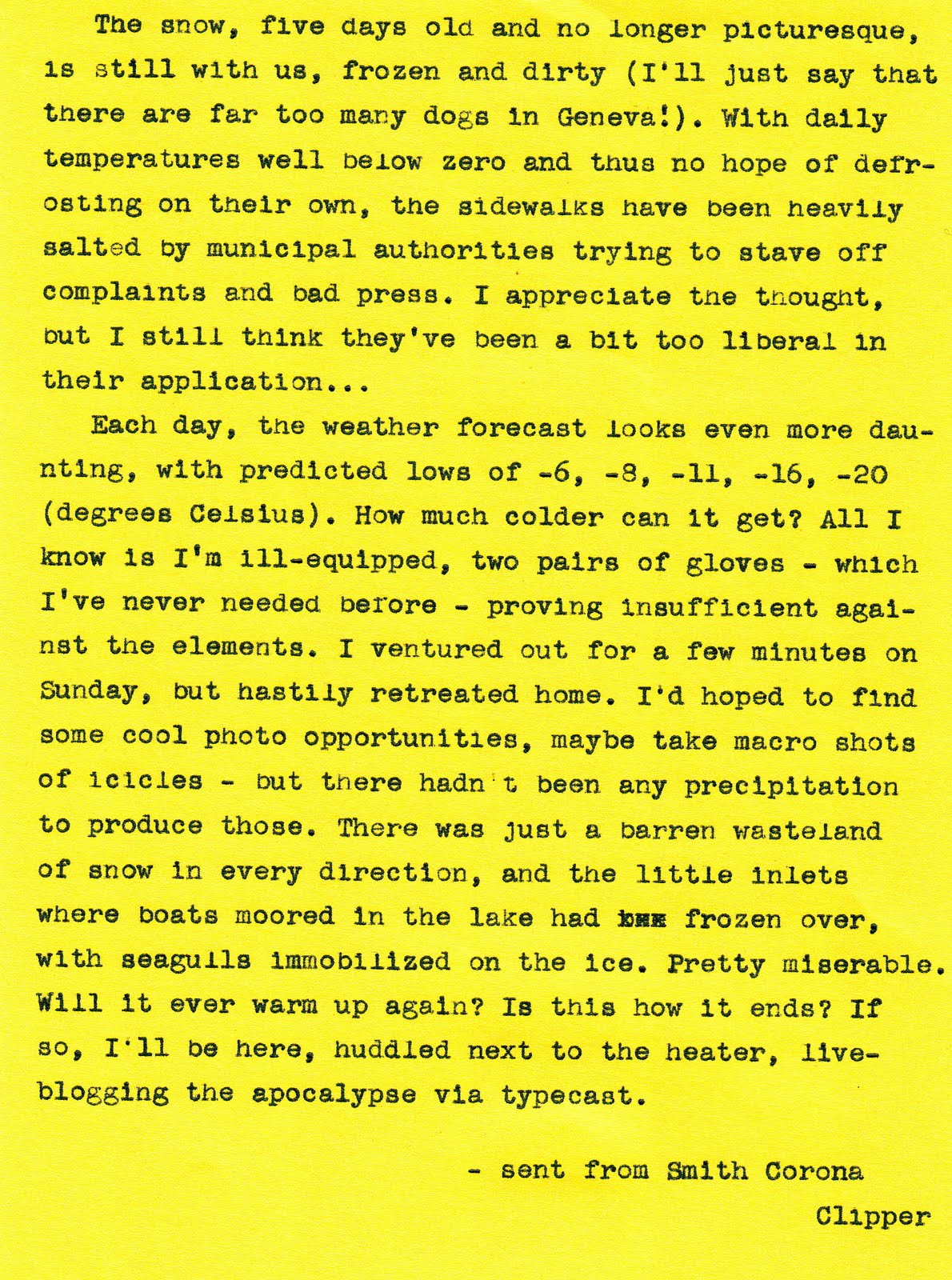 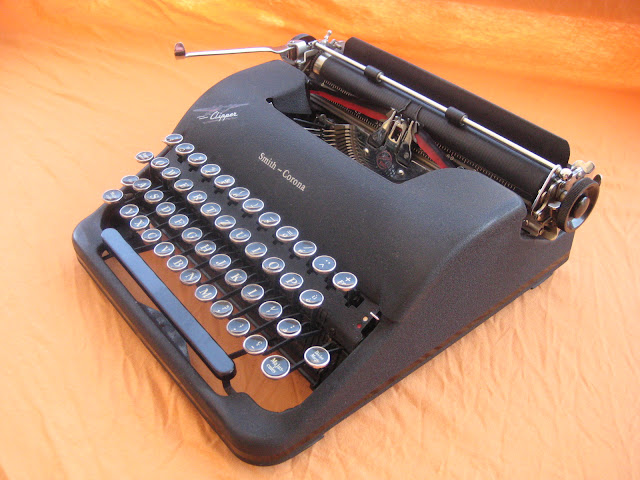 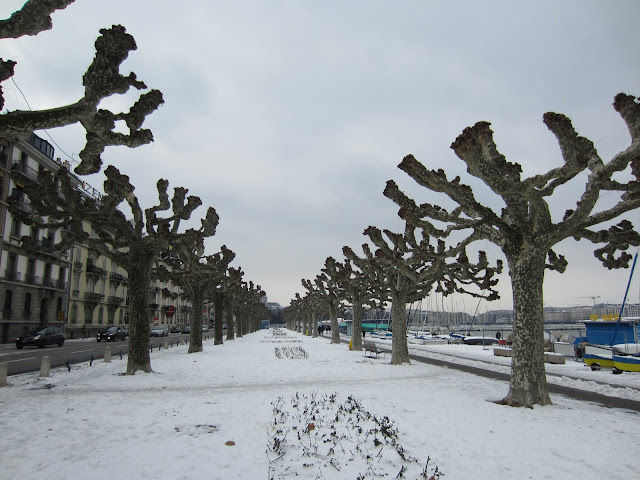 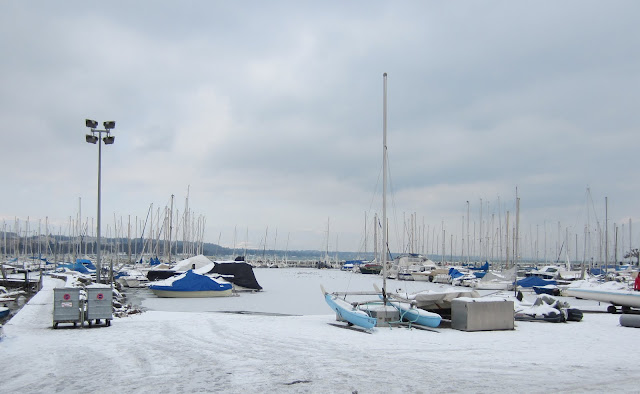 I didn't risk getting too close to the water to take better pictures - obviously the salting machines aren't bothering with this part of town (a strategy I agree with), and I thought sliding down the ice and into the lake would not be a very dignified way to go. Unlikely, yes, but I have an overactive imagination. 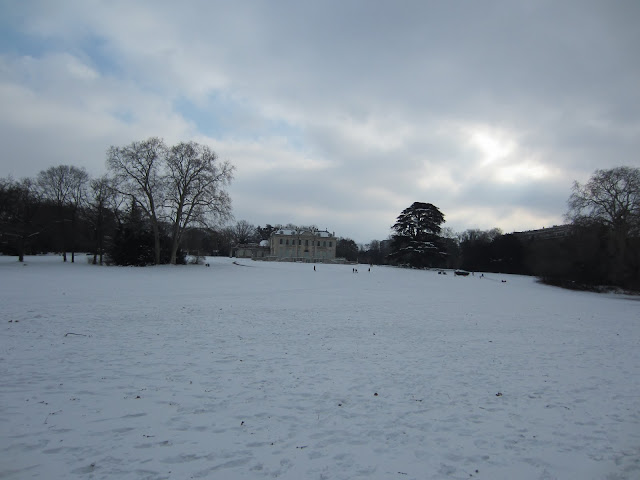 This used to be a beautiful, verdant park... sigh.

More impressive photos of the ice on Lake Geneva by photographers who managed to get closer to it than I did can be seen at this gallery. And here, the harrowing story of the fellow who parked his car close to the lake on Friday night (thanking his lucky stars that he found a spot!), only to return a few hours later and find it so covered with ice that he had no option but to leave it there and make his way home on foot. He has been assured that he can return for his car when it thaws... in three weeks' time.

Looking at the pictures of the frozen cars, which make such pretty ice sculptures, makes me wonder how a typewriter would look in a similar state. Photogenic, no doubt, but it would probably be useless after it thaws. So, best to try the experiment with a non-functioning typewriter anyway. Hold on, I think I have a Voss...
Posted by Adwoa at 10:15 AM
Labels: Smith Corona, Typecasting