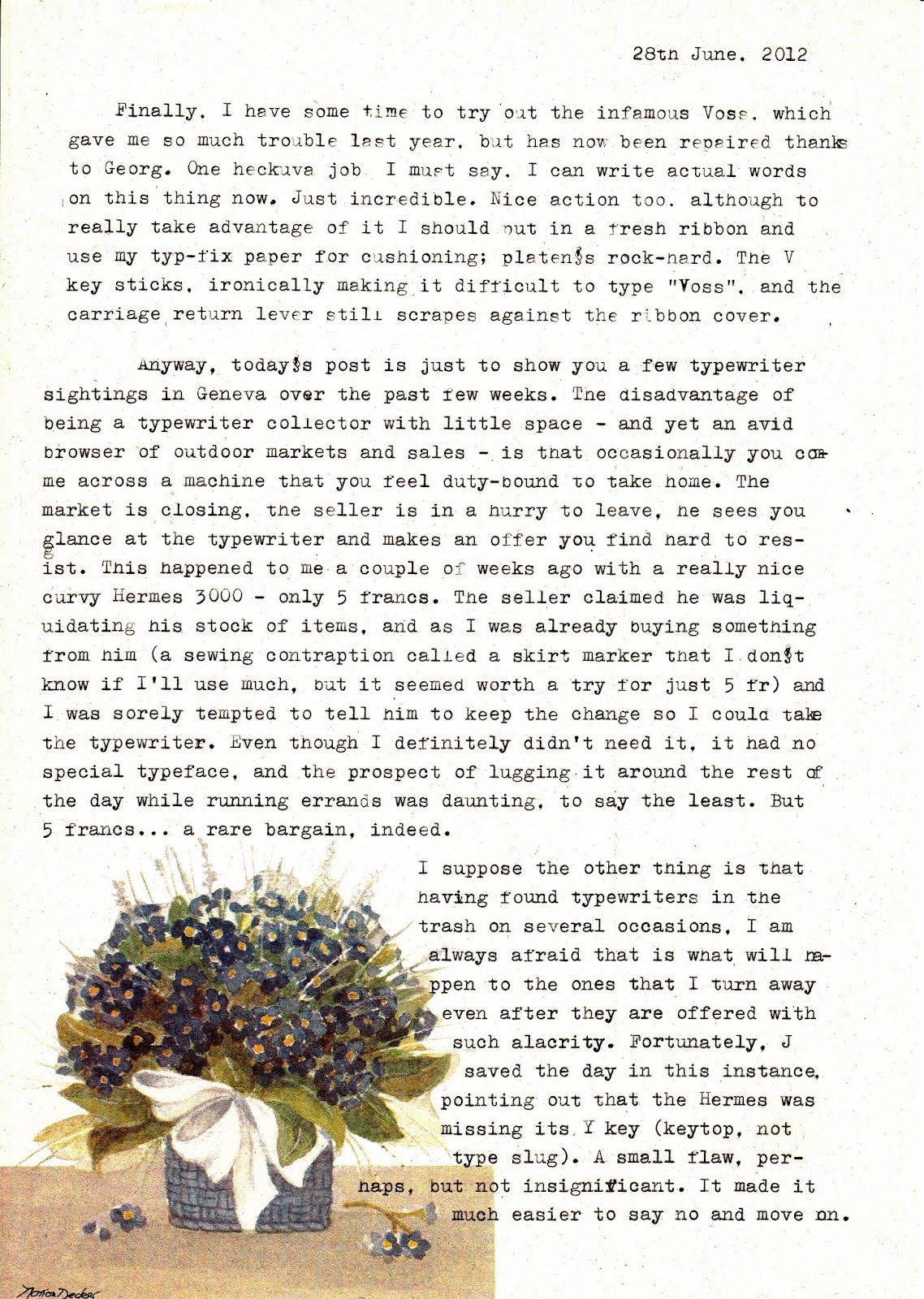 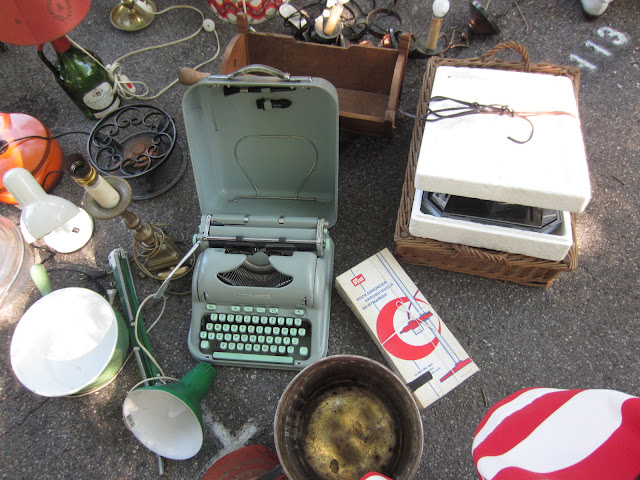 Here is the Hermes, reproaching me for leaving her behind. You can just make out the missing Y key in the bottom row (on the left, next to the shift key). The red-and-white box next to it contains the skirt marker. While I kept telling myself it would have been a pity purchase, I did notice some people stopping by to take a closer look and I am sure at that price it would have sold quickly. 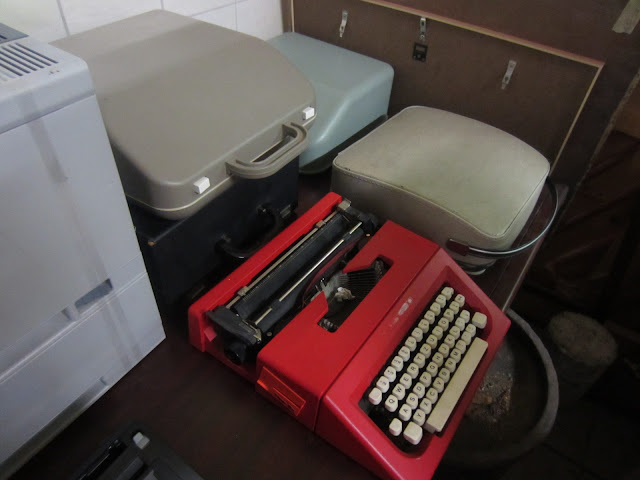 Later that day, we swung by the thrift store and discovered a freshly stocked typewriter section, including this Olivetti Lettera 25 (terribly damaged, I'm afraid) and a '70s Brother (with fake woodgrain accents) next to it. 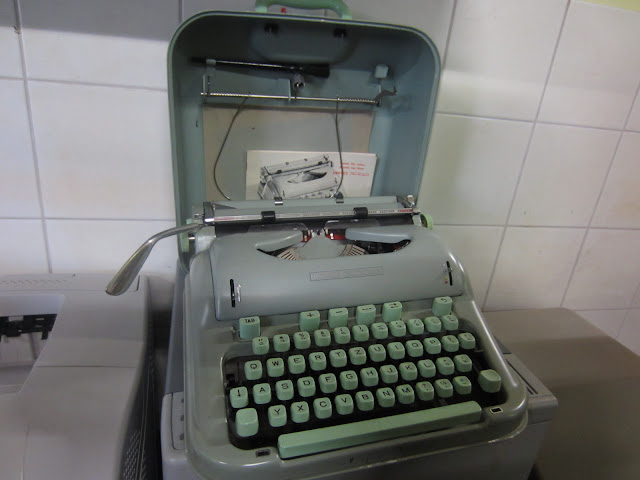 Lurking in the back row, though, was this absolutely splendid Hermes 3000, which even has a nicer case than most (with the green handle). Quite rare to come across two 3000s in one day, and I briefly thought about getting it for Peter, but he already has one. So I stayed strong and resisted temptation yet again. Whew. 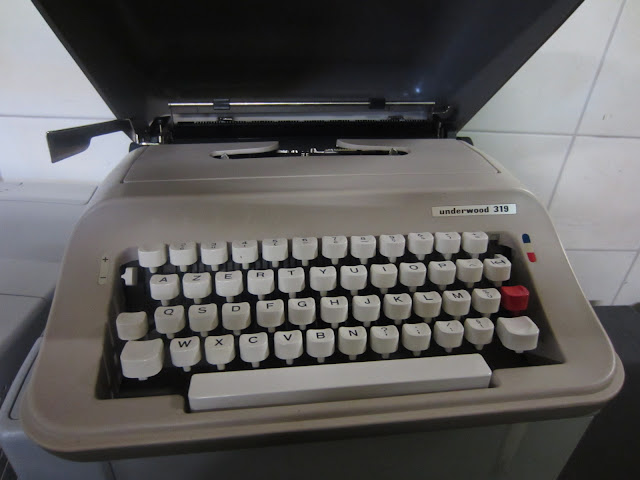 Also in the pile was this AZERTY Underwood 319... 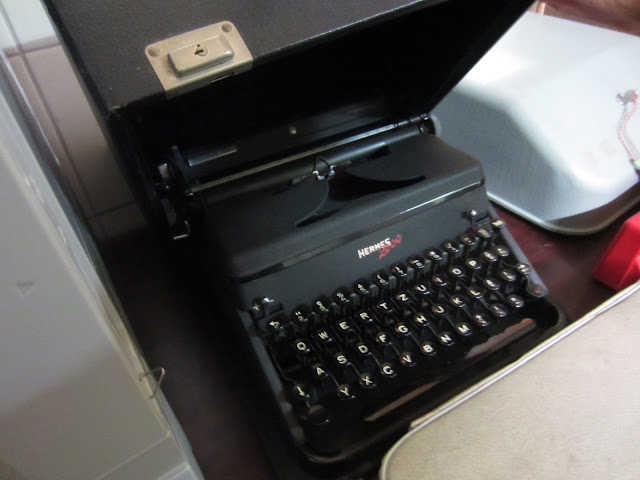 And a rather nice Hermes 2000. Speaking of which, a later one of those was sighted at the market last week: 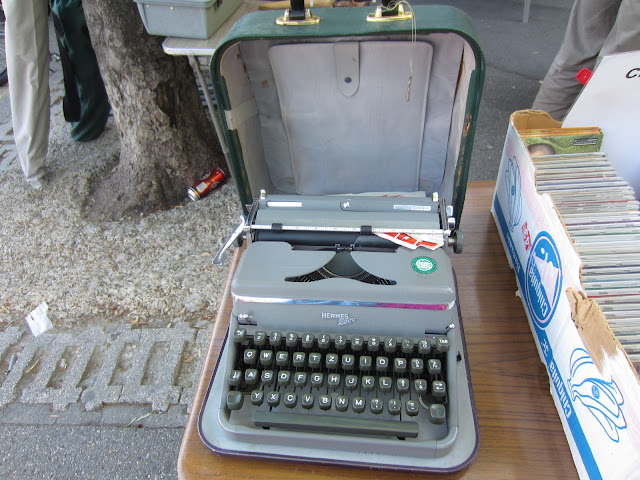 Again I contemplated holding it for Peter, but he already has one of these (at least the Media version). 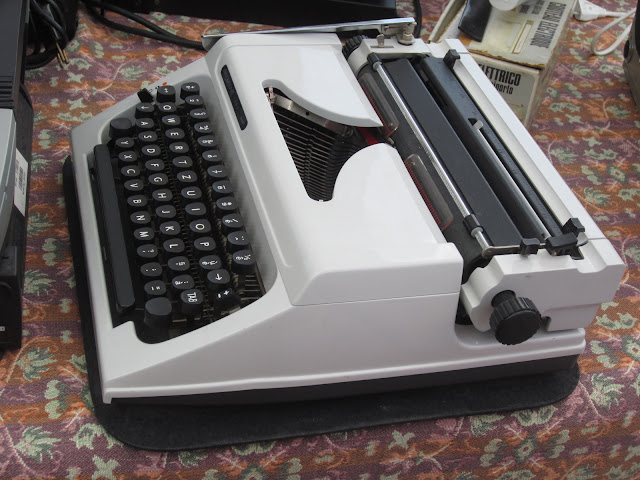 It is not often I come across non-pica/ elite typefaces, but this no-name (I suspect it's a rebadged Erika and I can't recall what the label said, President or some such) had a round epoca-like typeface, which I think is exactly the one Dirk showed off on his blog. The plastic body turned me off and I left it behind, but now I sort of wish I had brought it home to play with for a while. Oh, well. I should bend on my "no new typewriters"/ "no plastic typewriters" policy sometimes, I guess. 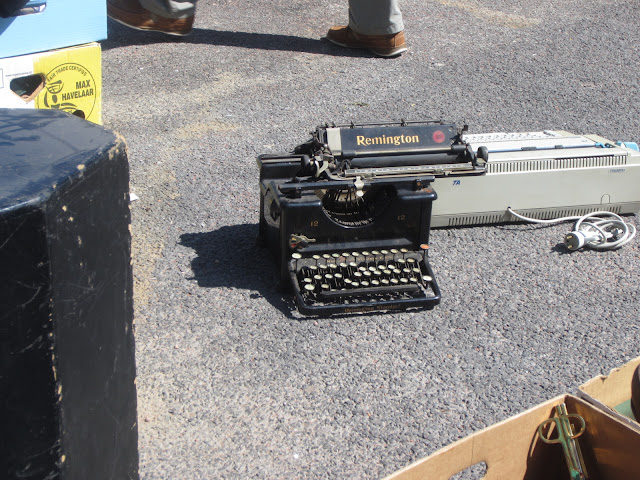 The round-up ends with a few Americans - this Remington Standard 12 baking in the sun; 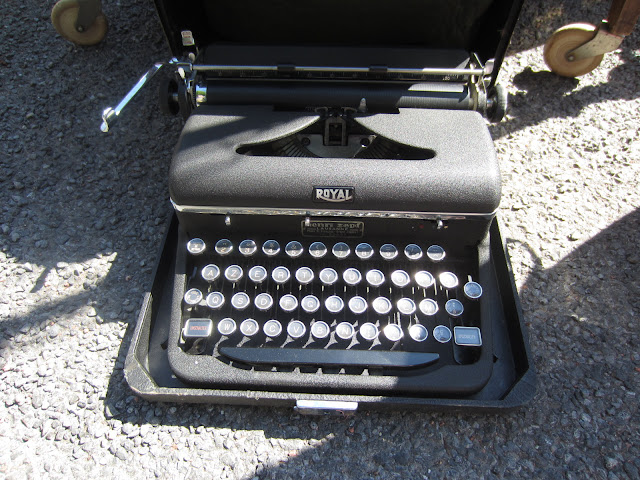 A Royal QDL (?) with the dreaded French keyboard... 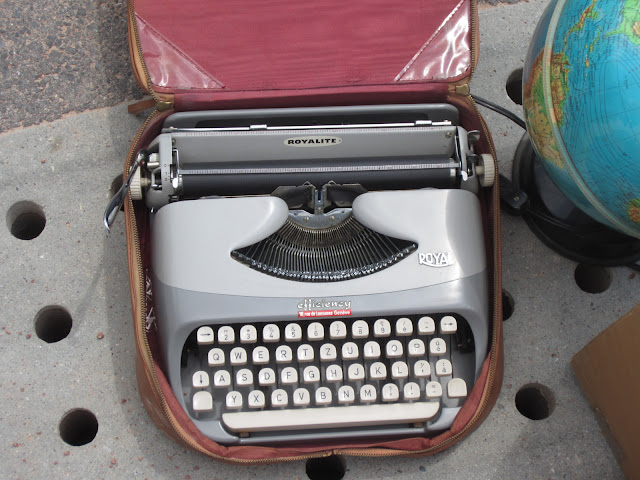 And a Royalite that I hope for the seller's sake is not the same one I spotted in the market last year. It probably isn't; while they are rarely sighted, I think they were imported in sufficient numbers that seeing one a year is not outside the realm of possibility.

And that is it for now! No more sightings in the queue to show you, unless I see anything else over the weekend. Happy Friday, everyone! Any exciting weekend plans? We'll be off sauntering about Lausanne, and who knows what we will find there...
Posted by Adwoa at 6:30 PM