A Faithful Account of the All-Swiss Type In (Sept 10) 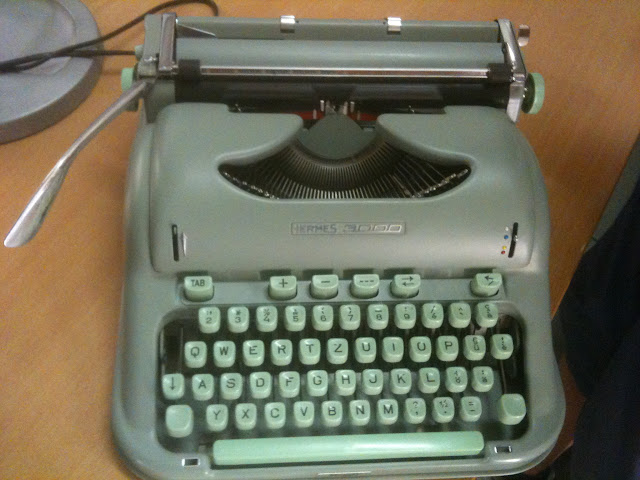 Fitting that the first find was a Swiss classic: Hermes 3000 (unbelievably pristine condition, too). 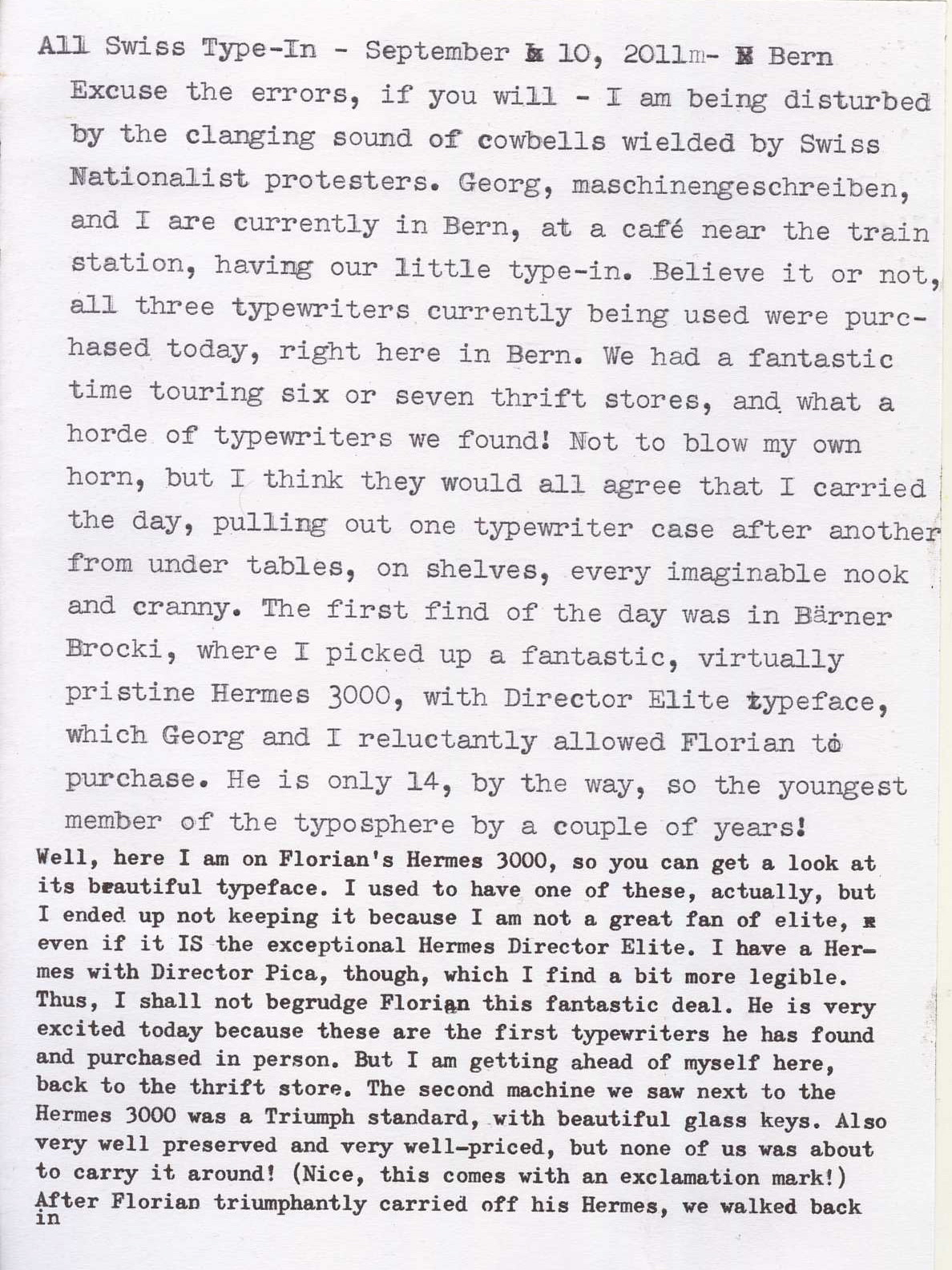 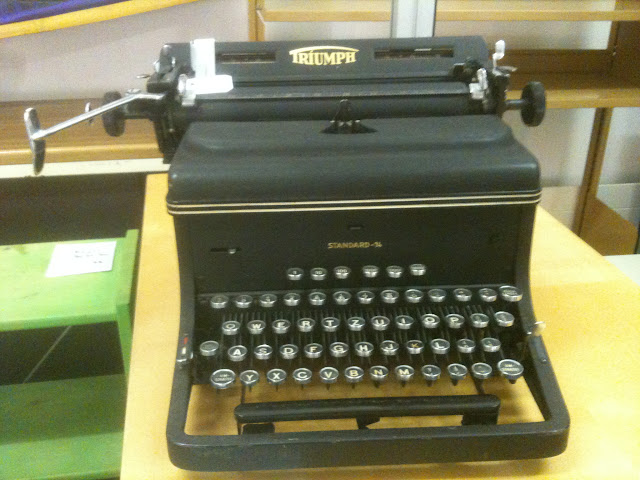 This Triumph was beautiful too; however we all spent too much time cooing over the Hermes to pay much attention to it. While there were only a couple of typewriters at HIOB, I was rather impressed by the good condition of the ones we found. 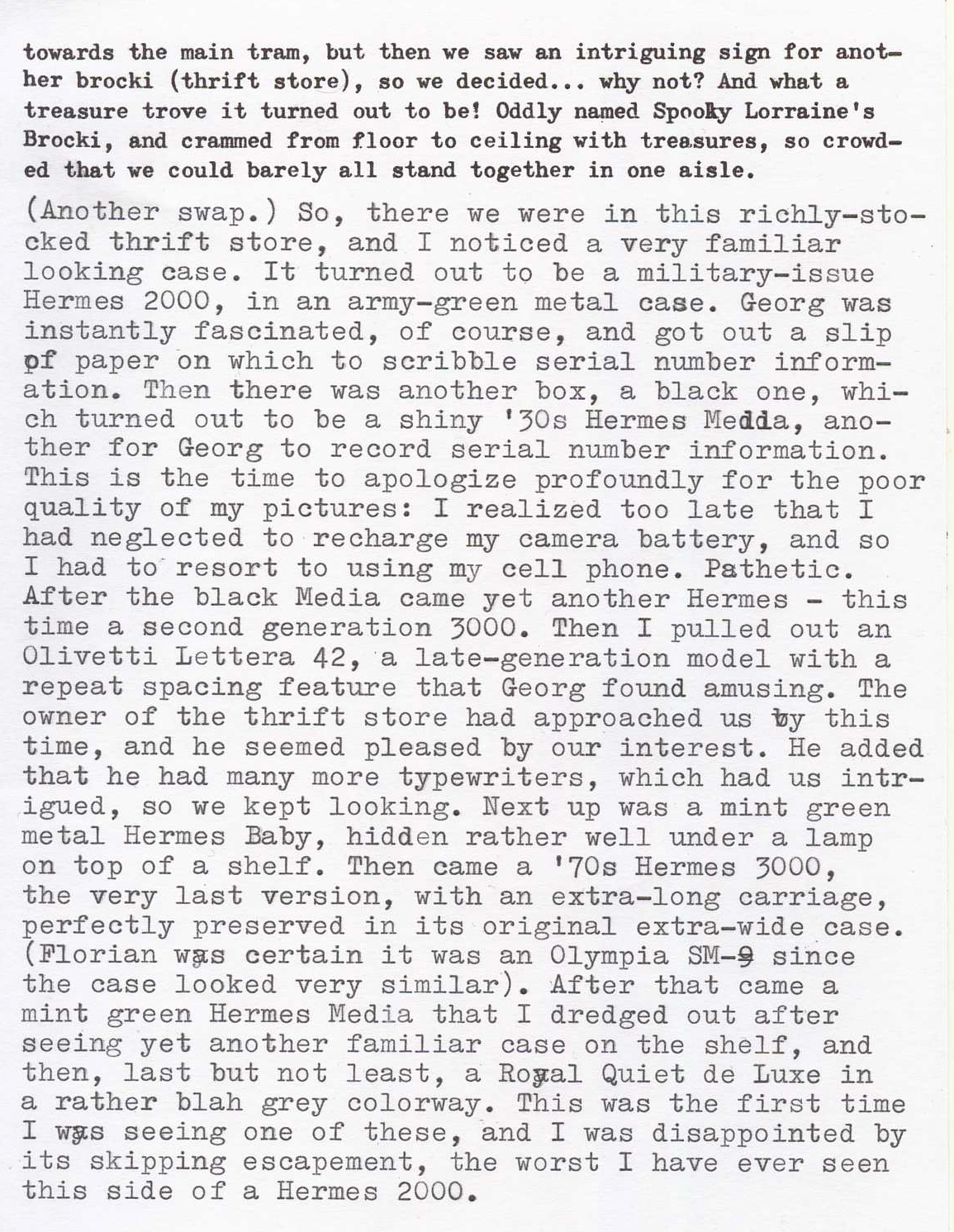 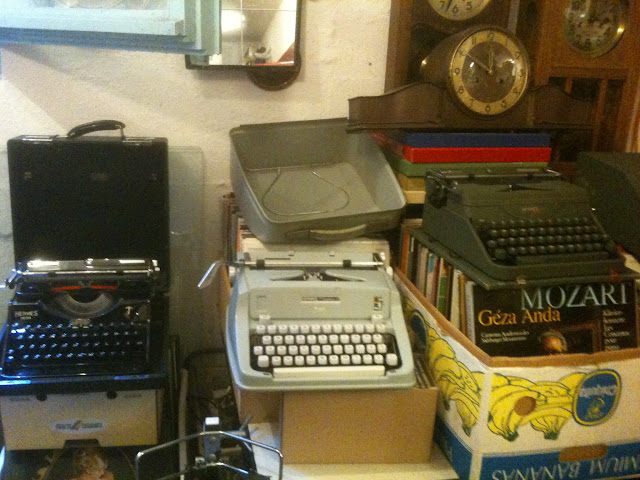 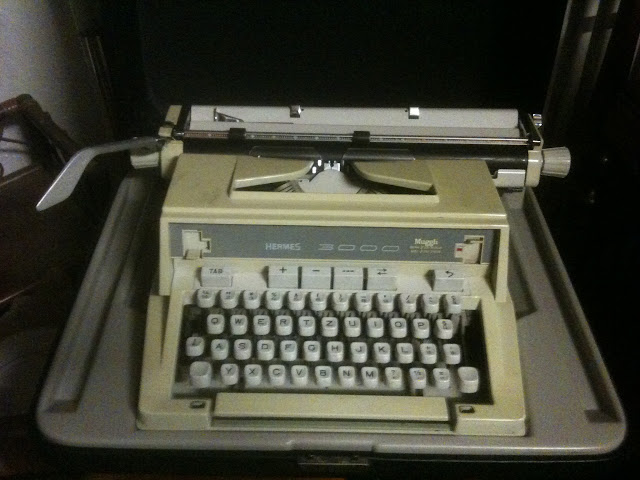 The Hermes parade continued with a mid '50s green Baby (not pictured), this wide-carriage '70s 3000, 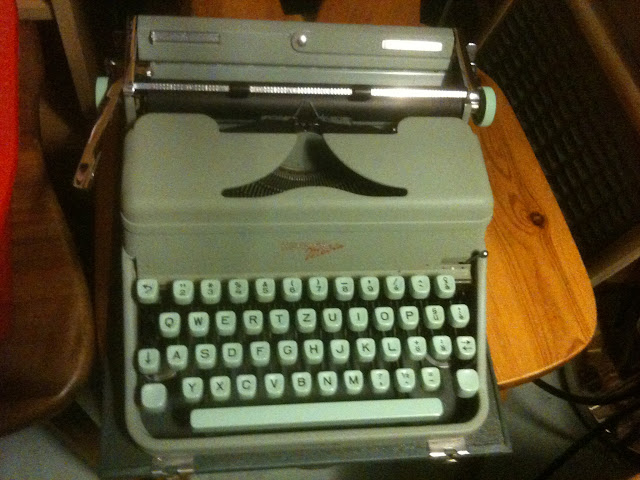 ...and yet another Media, this time from the early '50s. The store owner had an impressive collection indeed, but I couldn't help worrying that it was due to low turnover - how many of these machines had been lingering there for months? 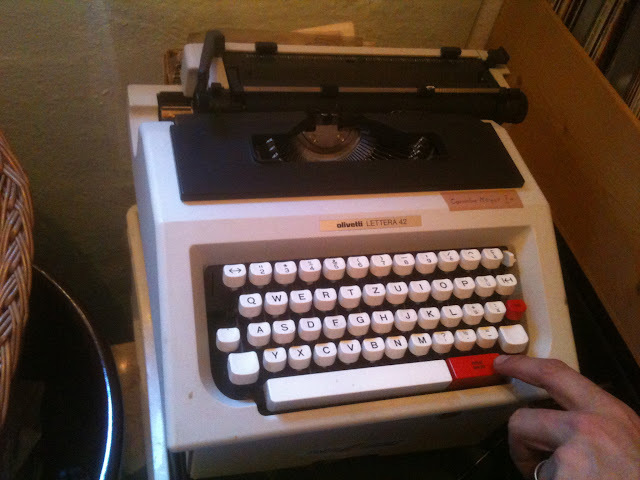 In the "Not Hermes" category was an Olivetti Lettera 42 with a fun repeat spacer function... 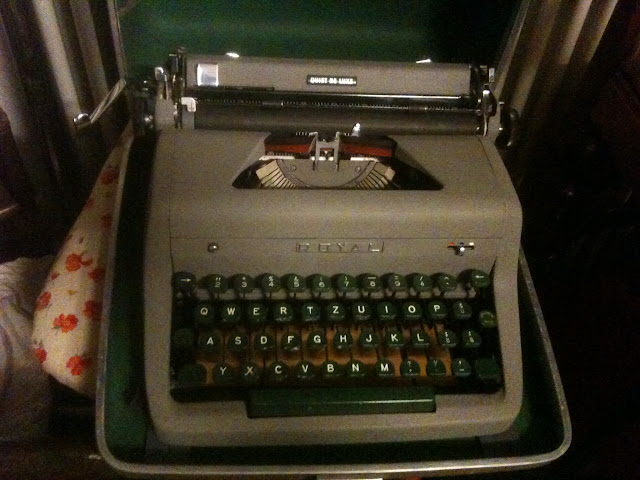 and this Royal Quiet de Luxe (first time seeing one of these!) with a disgraceful skipping problem (tsk, tsk).
More after the cut... yes, it was a very interesting day! 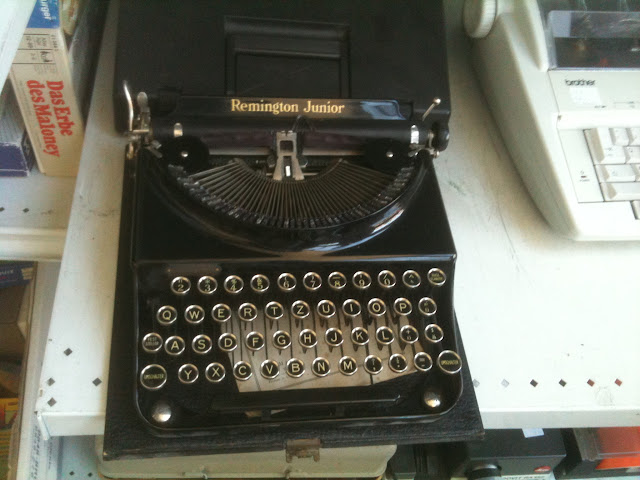 A thorough write-up on my new Remington Junior will follow later, of course, but as I mention it so much I thought it was only fair to give you all a peek. 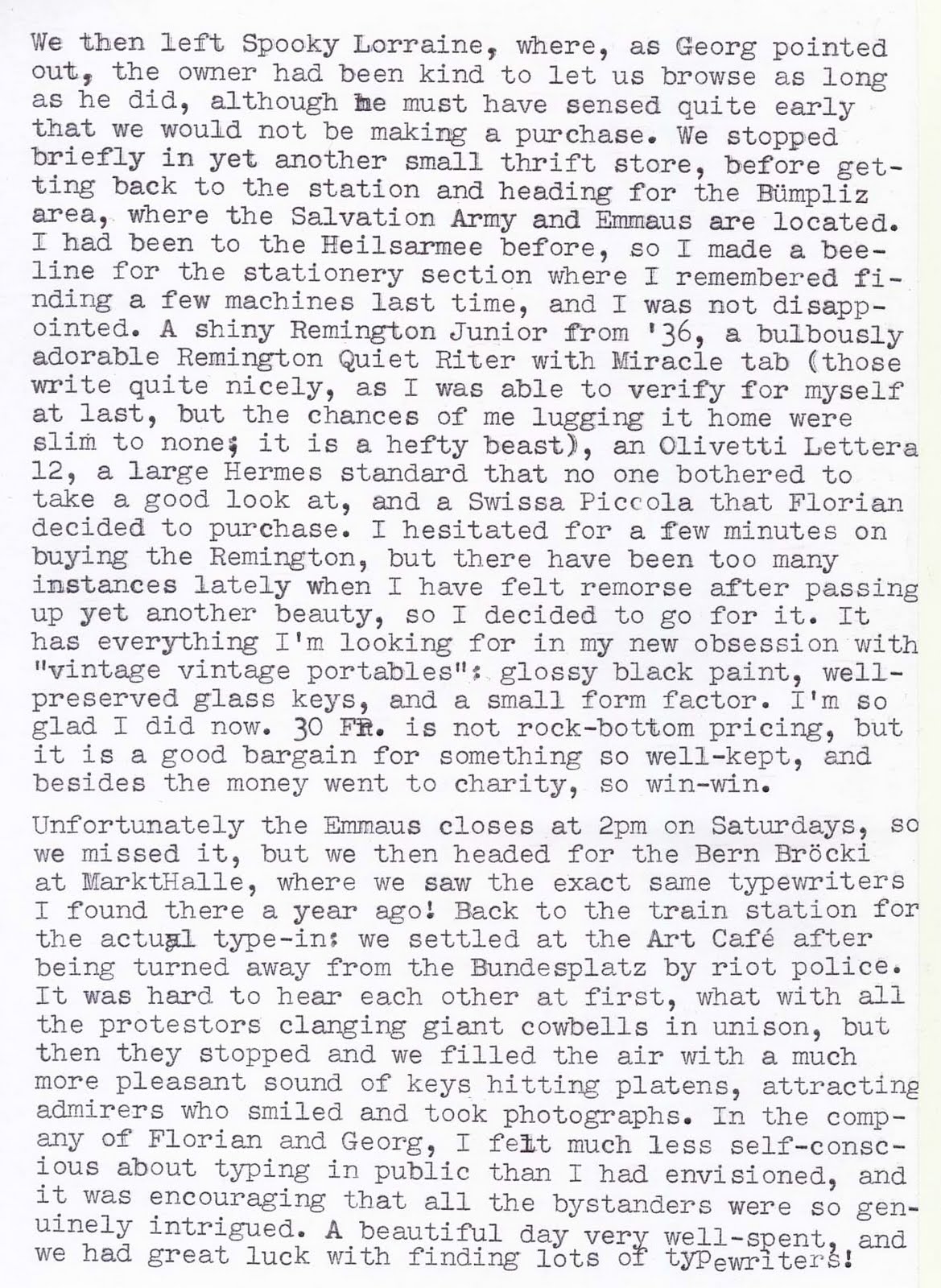 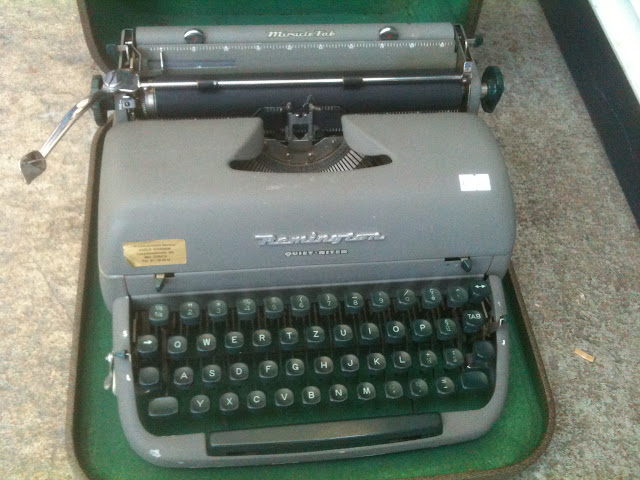 Not a looker, but quite a typer! 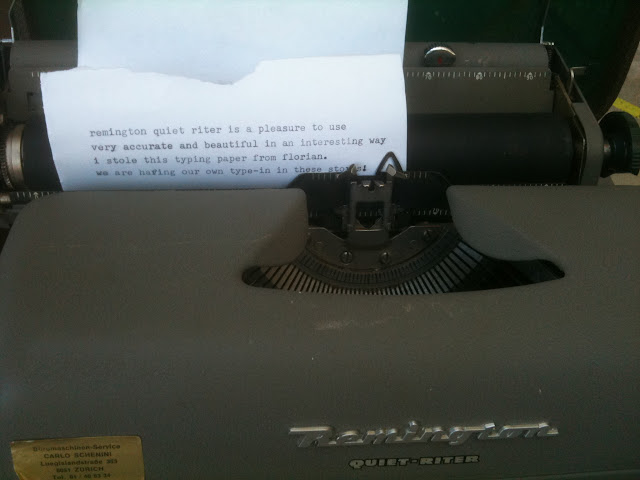 Mini-typecast right from the aisles of the Salvation Army! 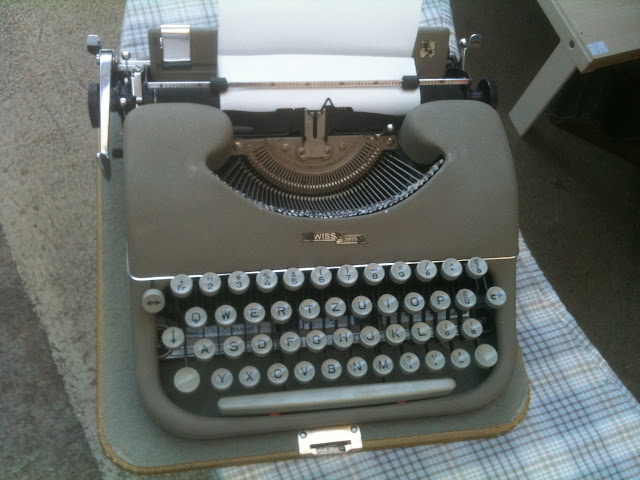 Swissa Piccola! I was too busy making my decision on the Remington Junior to look for this one, but Florian found it all by himself and staked his claim. Very nicely done. 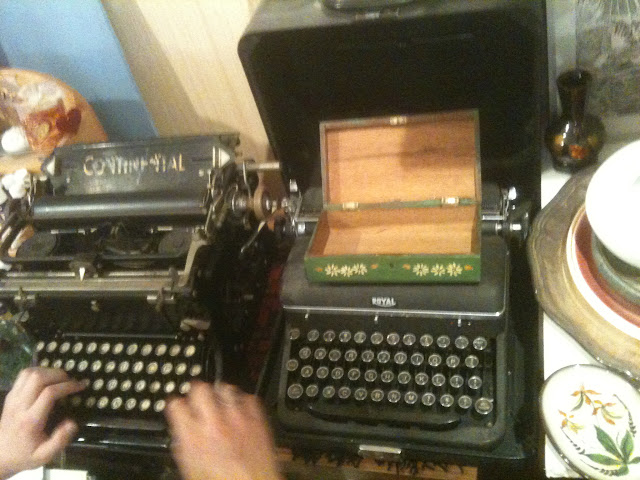 A brief stop at Markt Halle revealed this Continental Standard and a Royal portable; both seemed to work well. 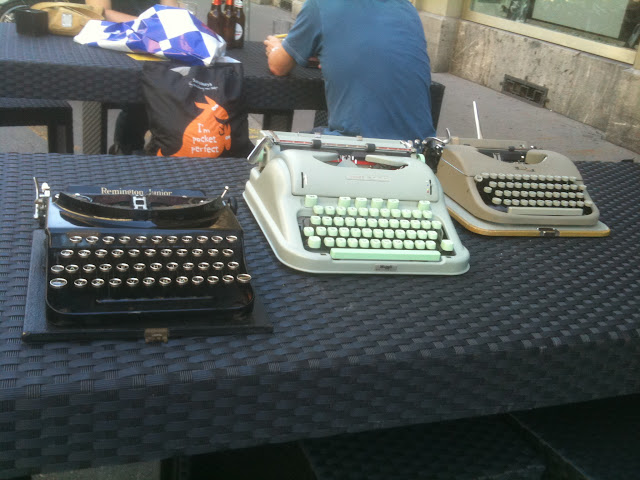 After the type-in at the Art Cafe, showing off Florian's and my newly-found treasures. 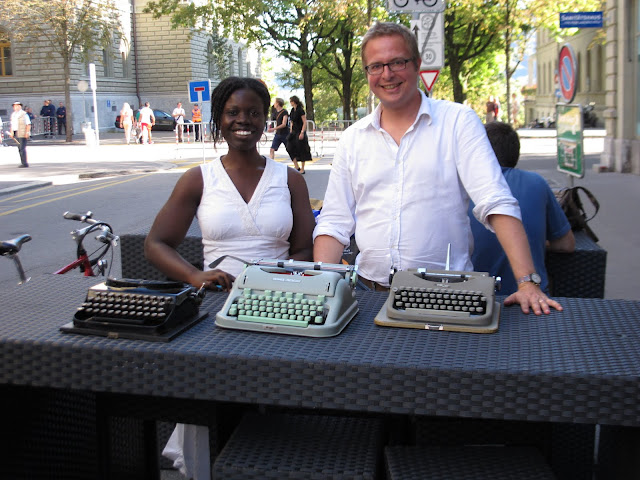 The photographer earns his keep by turning out a decent picture of Georg and me (I nicked this from Georg's blog, actually :))
Florian's account and Georg's account of the type-in.
Posted by Adwoa at 4:57 PM
Labels: Eye Candy, Typecasting