Rooy: Who knew they made typewriters this small? 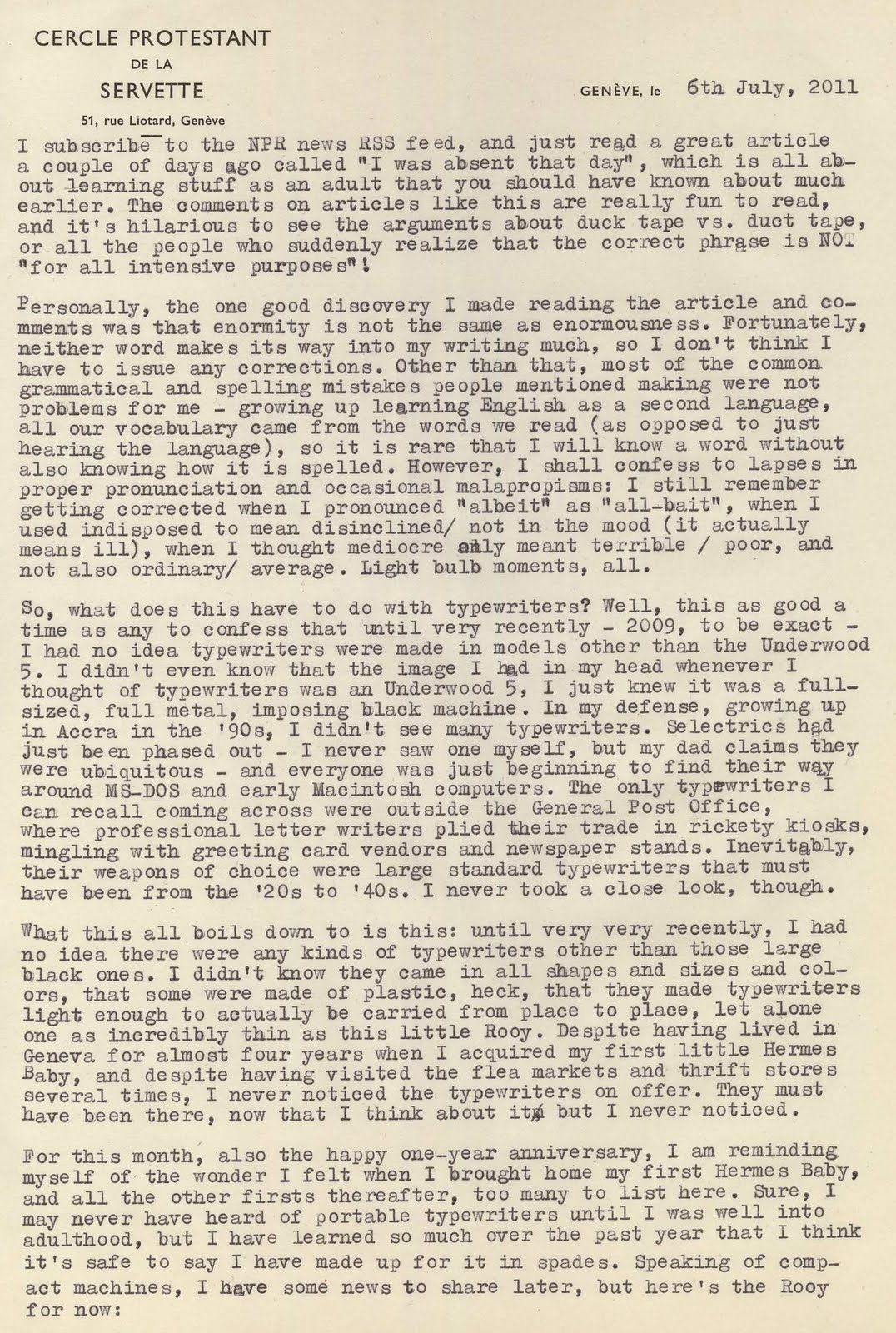 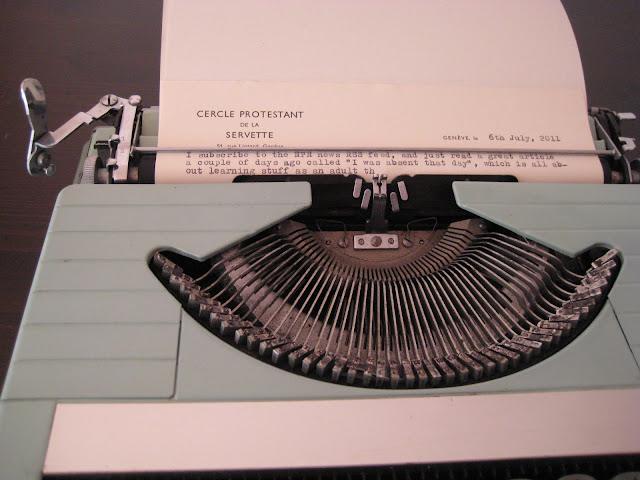 Typecast in progress - I really miss the 1.5 spacing option (nonexistent on the Rooy). This was pleasant enough to type, but one really does have to do some amount of hunting and pecking as not all of the letters play nice all the time, particularly the "a".

Line alignment is also merely a vague notion on the Rooy, but I have long since resigned myself to that. This is more of a once-in-a-while typer, and I'm just glad it works enough to type whole pages with. If you haven't already seen it, don't forget to check out Georg's video of himself using this Rooy. 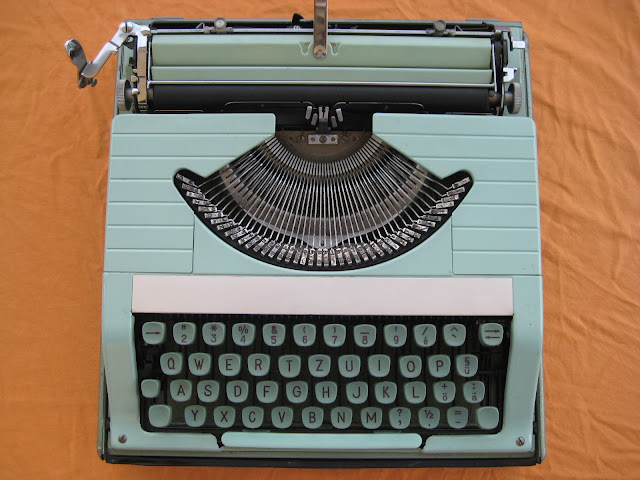 For my last post on the Rooy during the winter, I had to resort to pictures taken indoors. So I took the opportunity this spring to get some better-lit photos of the typewriter. 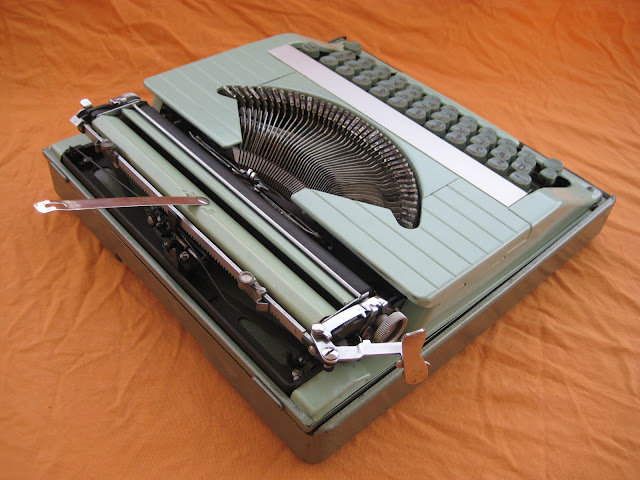 From a purely aesthetic standpoint, I prefer the look of the first generation Rooy, like this one. However, the chances of finding one of those with a usable qwerty or qwertz keyboard is quite slim, so I am very content to have more or less the same mechanism in this model. 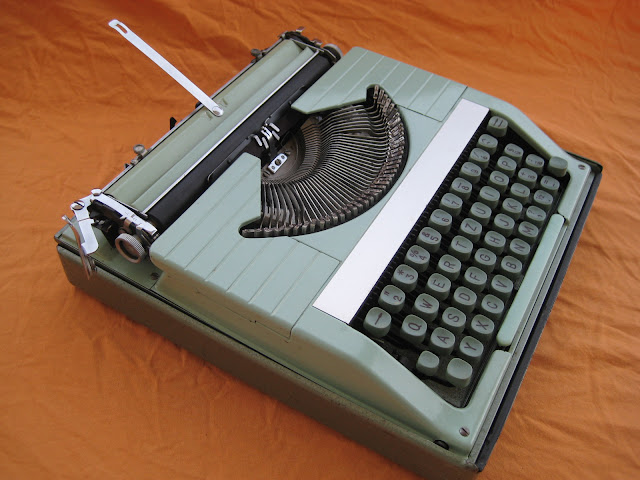 The light blue-green color is pleasant to look at, somewhat reminiscent of the later Hermes signature green (as seen on the curvy 3000). My only gripe is with the ridges on the ribbon cover - I suppose they create some visual interest, but I would have preferred it plain. 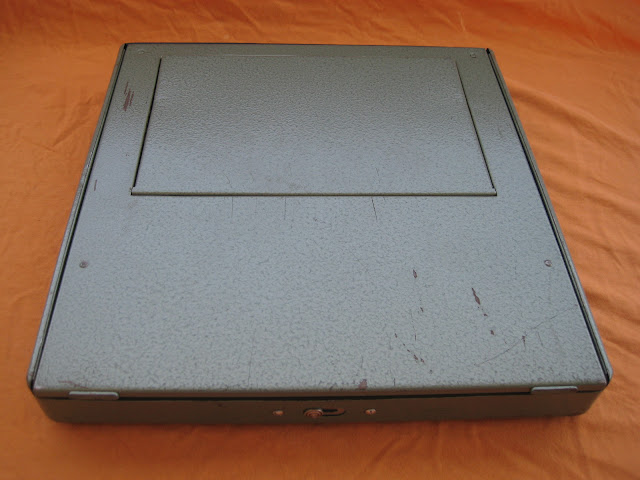 And here it is, closed. Slimmer than a '40s Hermes Baby! (And if you have one of those, you know they have a really low profile.) 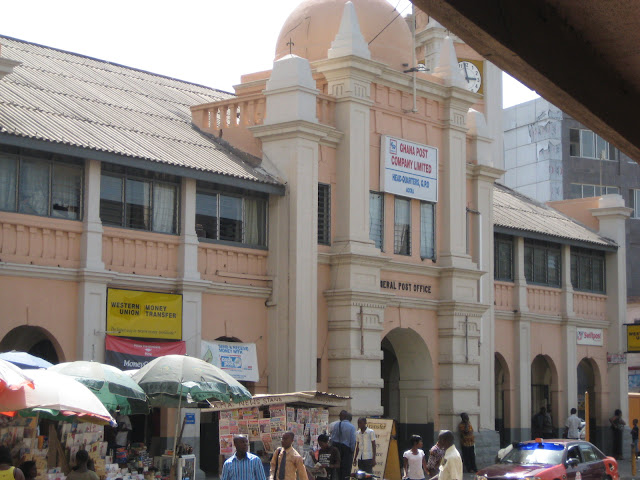 The General Post Office in Accra, April 2010. Greeting card and stationery vendors in the foreground, and there's a news stand as well. No typewriters were to be seen - I suppose the ubiquitous internet cafes have taken over letter writing duties. It would have been fun to observe one of those men in action all those years ago, a sight which I understand is still to commonplace in some parts of India.
Posted by Adwoa at 10:54 AM
Labels: Collection, Rooy, Typecasting