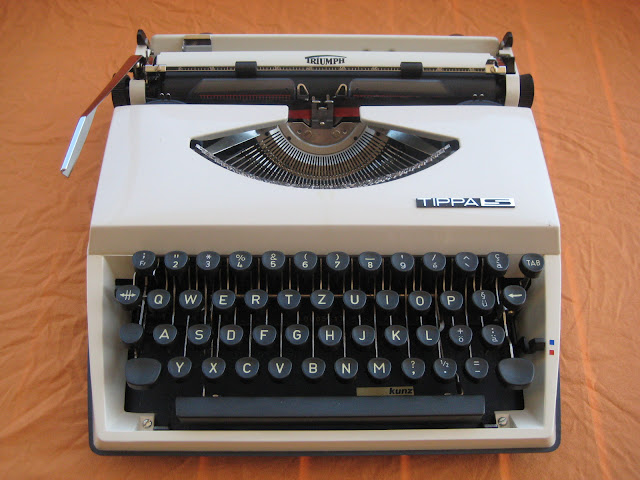 I am trying my hardest to wean myself of the hoarding phase of typewriter collecting, and I have enough machines now (one would hope!) where I know that I could limit myself to any one of them and type away happily for a good long while. Since I do not get into the intricacies of different linkages and typebar mechanisms, in terms of having a good solid functional machine, I'm set. Several times over, in fact. However, in case I really can't resist, I have (theoretically, at least) limited myself to one category: ultra-portables. 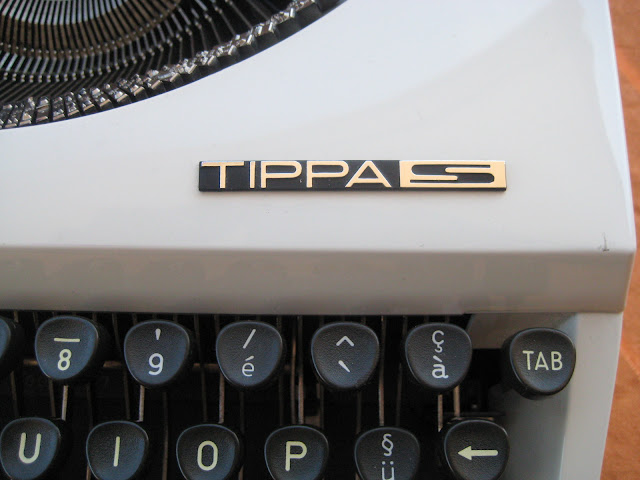 The great thing about ultra-portable typewriters (for me this means not too much larger than 30cm x 30cm x 8cm) is that I can stack them up in my bookshelves and not feel terrible that I have no space to keep them. In fact, even Olivetti's Lettera 32 does not even qualify for this category because it is too long, and neither does our '50s Triumph Tippa (too wide). This plastic 70s Tippa S, however, fits the bill perfectly. Not only is it nice and small, it also has a tab feature (with metal stops that the user sets manually), it is basket-shifted, and there is a carriage lock next to the margin release button. Amazing. 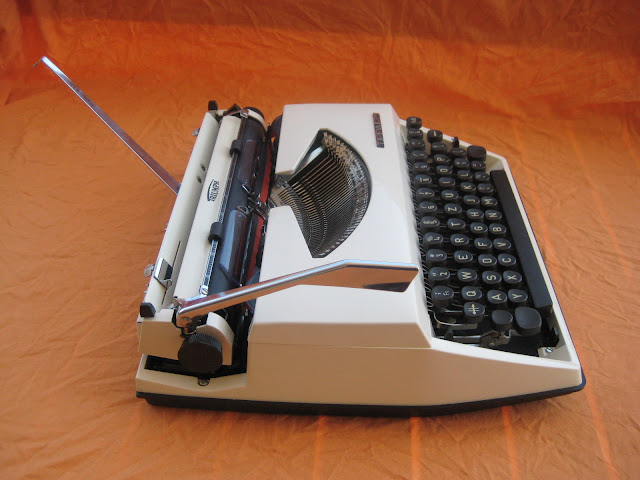 The funny thing is that we already have another Tippa S (labeled Adler, however) that is black with white keys, and so I picked this up on a whim to compare the two. That one, which I suspect is slightly earlier, has a slimmer body but is also carriage shifted, and it does not have tabs. Other than that, they are virtually identical, right down to the keyboard layout. The Triumph/Adler story has been well-documented elsewhere, particularly on Will Davis's site, so I shan't get into it. 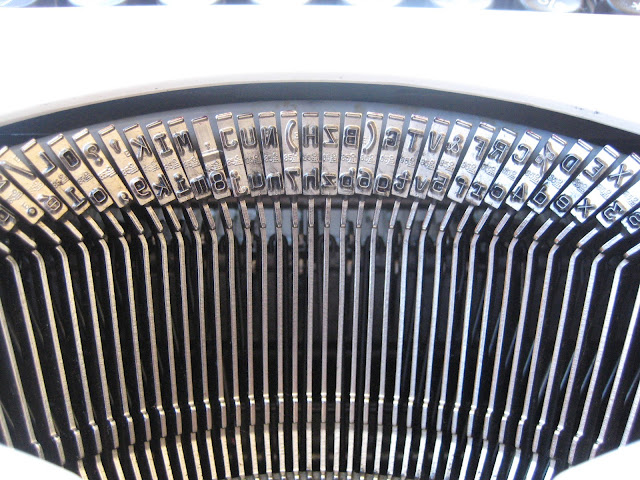 Another surprise lurking beneath the hood of this machine was the Techno Pica font. I have long been a sucker for unusual fonts, paying out good money to get script machines shipped to me from Germany. Techno fonts (or Senatorial, as Olympia called them), have been far easier to come by in our typewriter spotting activities. So far we have seen it on a Hermes Media 3 (as per yesterday's typecast), an Olivetti Dora (purchased from Spain), a flea market Brother (which I left behind), a Japy Script (again, sadly unpurchased), and now this Triumph Tippa S. 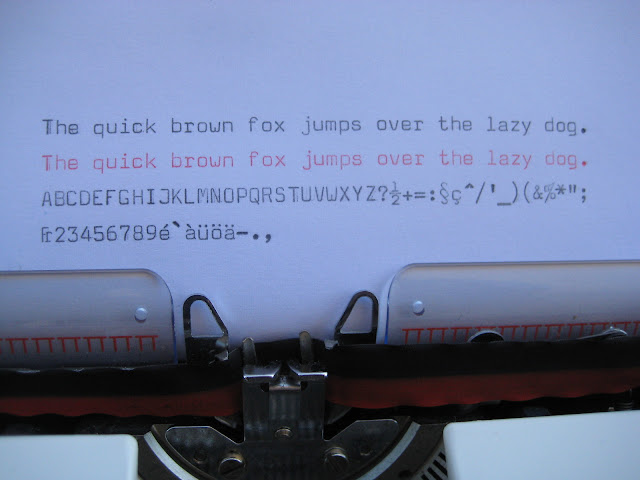 Next to Elite and Pica, it's becoming rather common to find Techno typefaces in the wild. I am always tickled when I receive a machine expecting it to be another elite or pica and then discover something else. In action, the font of the Tippa S is quite similar to that of the Hermes, although the latter tends to be rather bold and this one has thinner, cleaner lines and a different w and y. 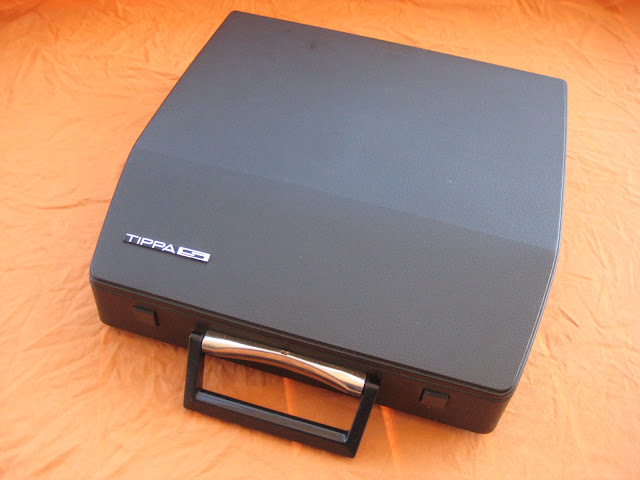 The clamshell-style case is functional without adding any additional bulk, which is perfect. The only weakness is that there is no place to stash papers or even the manual in the case.

For a plastic machine, this is a pretty solid one, and the basket shift puts it squarely in the realm of such classics as the Lettera 32. Great find and ultimately very usable, too.
Posted by Adwoa at 10:49 AM
Labels: Collection, Triumph/ Adler