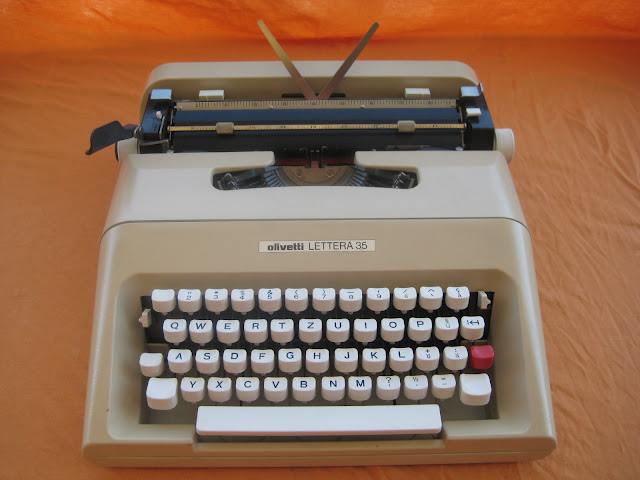 This is a tale of two Lettera 35 typewriters. Here is the one we purchased in Switzerland, with a QWERTZ keyboard, and proudly added to our Olivetti stable. A few weeks later, we spent a weekend in Paris, and what did we discover in the thrift store, neglected and abandoned and incredibly dusty, but another Lettera 35? In the land of azerty keyboards, that one was a qwerty - a Spanish qwerty too, no less, which had somehow made its way to Paris by way of the Venezuelan consulate. What a story! So, we brought it back with us, and that remains our souvenir of the City of Lights. 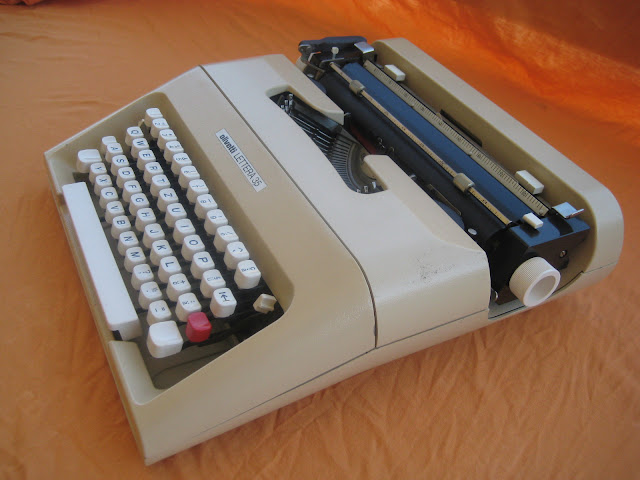 And so, we now have two identical machines. This notwithstanding, the Lettera 35 is a fine Olivetti specimen - the taupe/ beige body is built entirely of solid cast aluminum. The features are fairly standard for Olivetti-made machines of that period: basket-shifted, tab functionality, and square white keys that are reminiscent of the Underwood 319. 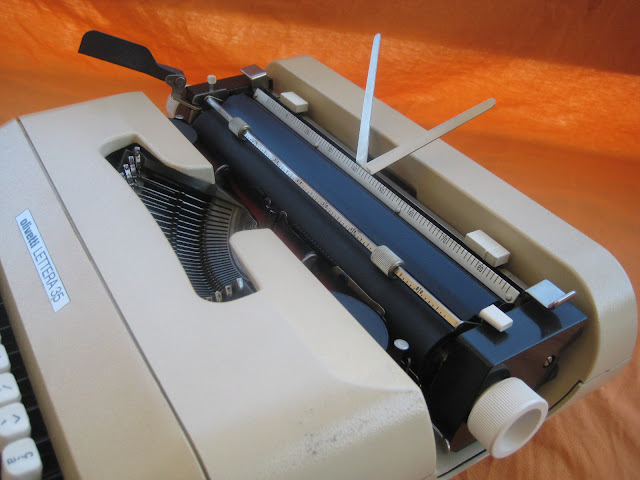 The "rabbit ear" paper support is also classic Olivetti. In addition to the 35, Olivetti would later manufacture a 35L which was the same machine but in a slightly smaller shell. 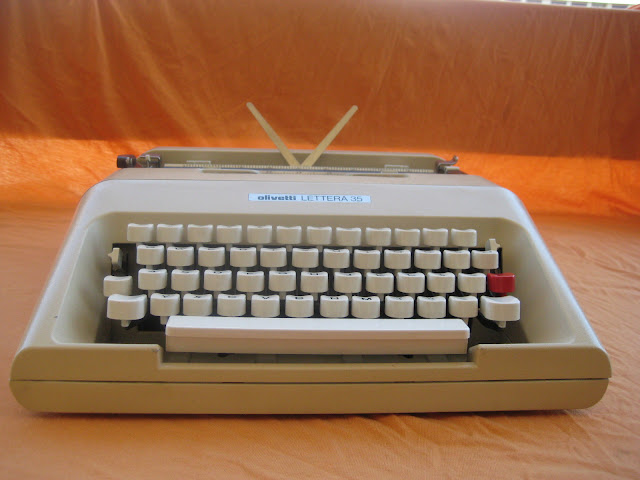 This is not a light ultra-portable by any means, but it is well-made, solid, and a pleasure to use. 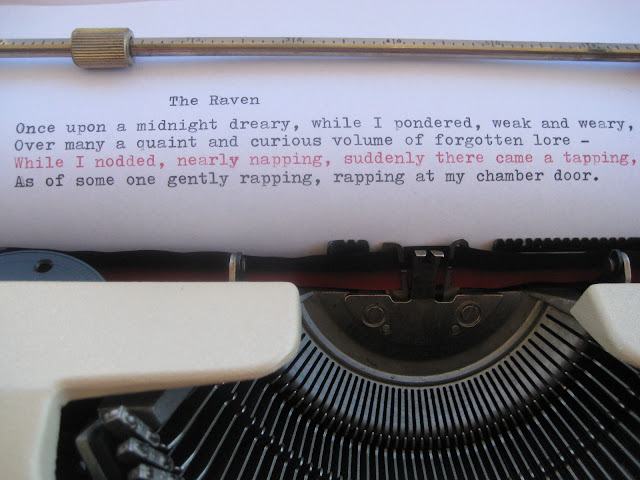 The font is a 10 character per inch pitch serif typeface that I would describe as Roman. The machine writes very well indeed. 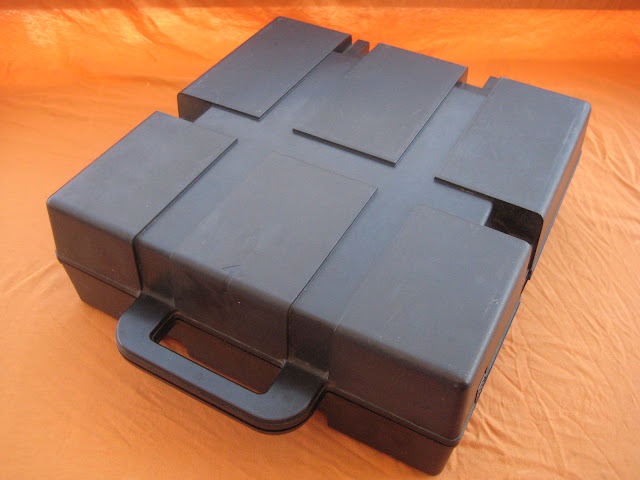 In keeping with the rugged nature of the machine in general, the case is also very utilitarian. It reminds me of those shock-proof iPhone cases, only on a much larger scale. Only problem is that it's hard to tell which way is up! Fortunately, Olivetti has etched in a handy little arrow.
Posted by Adwoa at 10:06 PM
Labels: Collection, Olivetti/ Underwood