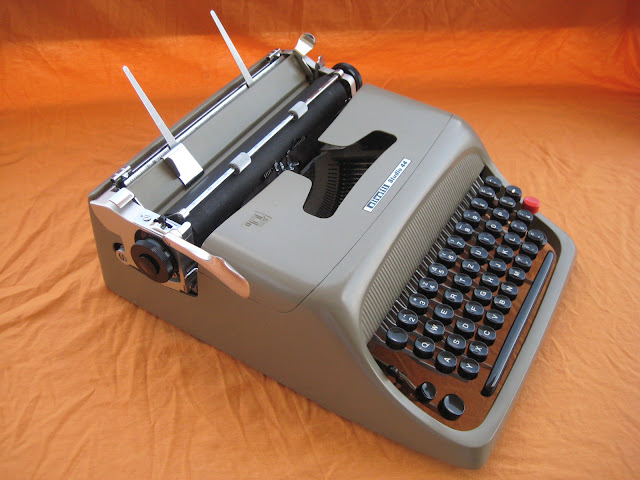 To call this big hulking machine a "portable" is a bit of a misnomer, particularly compared to its kid brother, the classic Lettera 32. Both the Studio 44 and Lettera 32 were produced concurrently in the 60s, and copy from an Olivetti ad featuring both machines reads: "The Olivetti Studio 44 is designed particularly for use in the house, studio, or small office, but is conveniently portable when you desire." 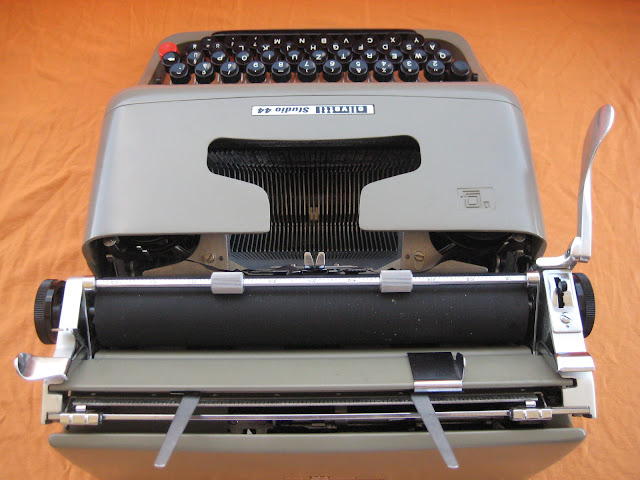 This particular specimen was among those manufactured in the Ivrea plant in Italy, and we were excited to find it in Geneva, but with a Swiss-German keyboard. A sticker on the back indicates that it was originally distributed in Basel. It was in fine condition, save for the usual handful of eraser rubbings that had been sprinkled liberally throughout the case. 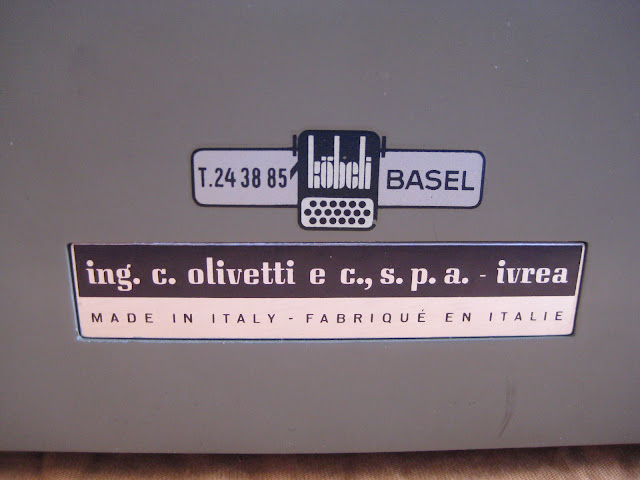 There was much rejoicing when this machine joined our Olivetti/ Underwood stable, which includes a Lettera 32, Lettera 35, Dora, Valentine, Underwood 19 (Antares-made), and Underwood 319 (this last is now off to a good home). My Italian husband has a special fondness for Olivetti, predictably, so we had been looking forward to discovering this mid-size Hermes 3000 equivalent, which has received many favorable reviews from Portable Typewriter Forum members. 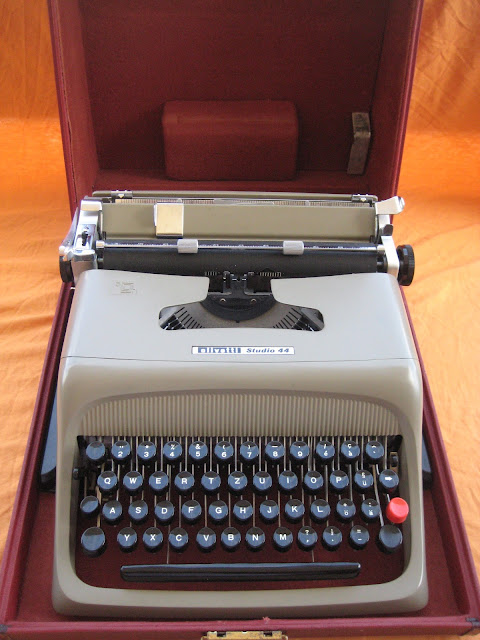 I have always considered Olivetti cases quite mediocre, and this one is no different. It is an impressive maroon wedge-shaped padded wooden box with a fake leather covering, but the hinge feels rather flimsy in relation to the size and weight of the machine. The handle, also, is rather small and does not particularly inspire confidence: 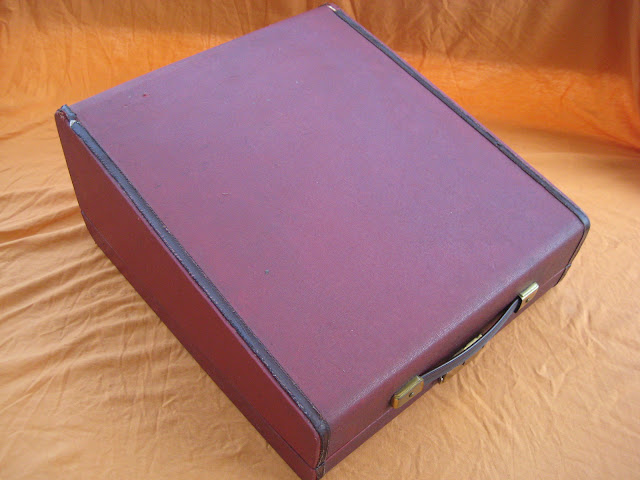 It looks for all the world like the handles on my plastic Hermes Babies, and I find it hard to believe it would not snap off, especially given the age of the case. 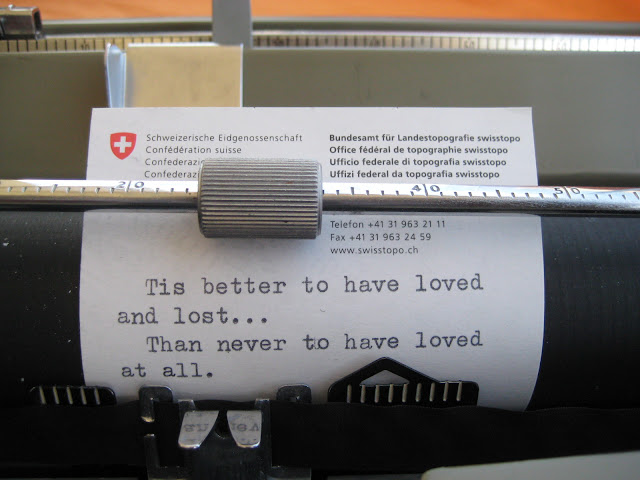 In terms of typing action, the size of the machine lends a long arc to the type slugs, so it writes quite well. As it also has a basket shift, I find a comparison to the Hermes 3000 quite apt. My other minor disappointment is that it has elite font, 12 characters per inch. For some reason, I expect large machines to have large fonts, which is of course hardly true.