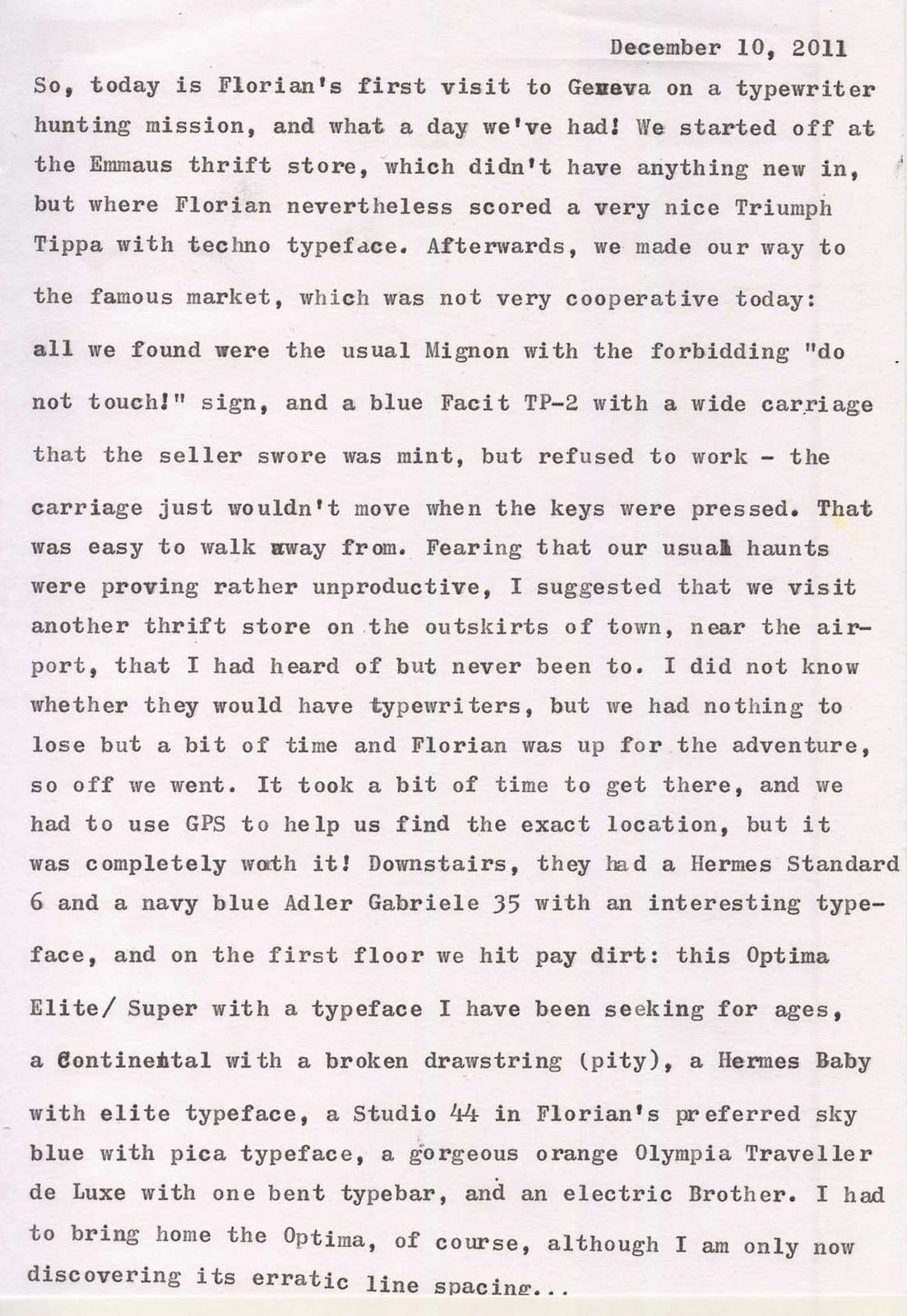 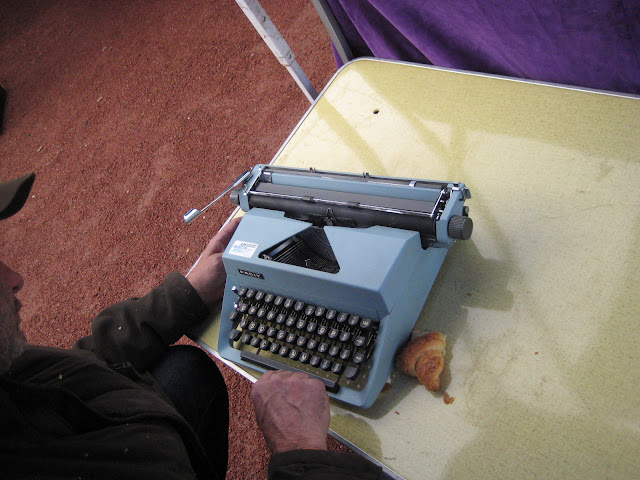 The seller puts down the croissant he is busily munching to try to figure out what is wrong with the Facit. No luck. 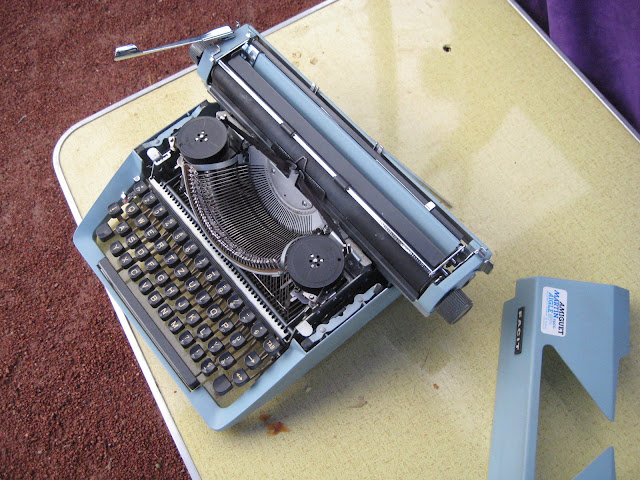 Taking the ribbon cover off to examine the inner workings didn't make any difference; the carriage remained stubbornly stuck. Given that this was the only new typewriter sighted after visiting two major stomping grounds, it was clear that Geneva was not living up to its usual typewriter-hunting potential. 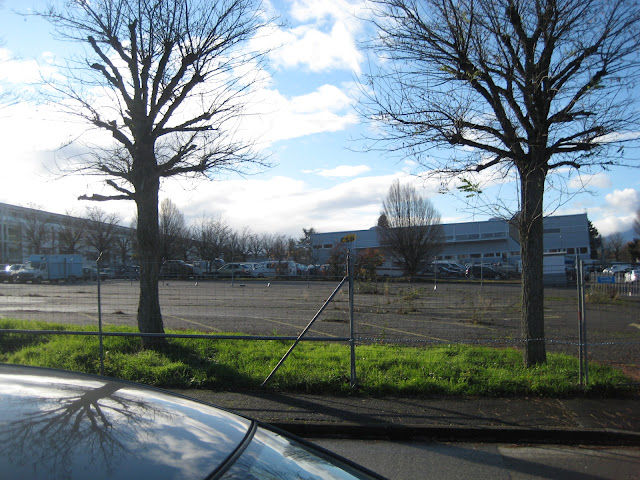 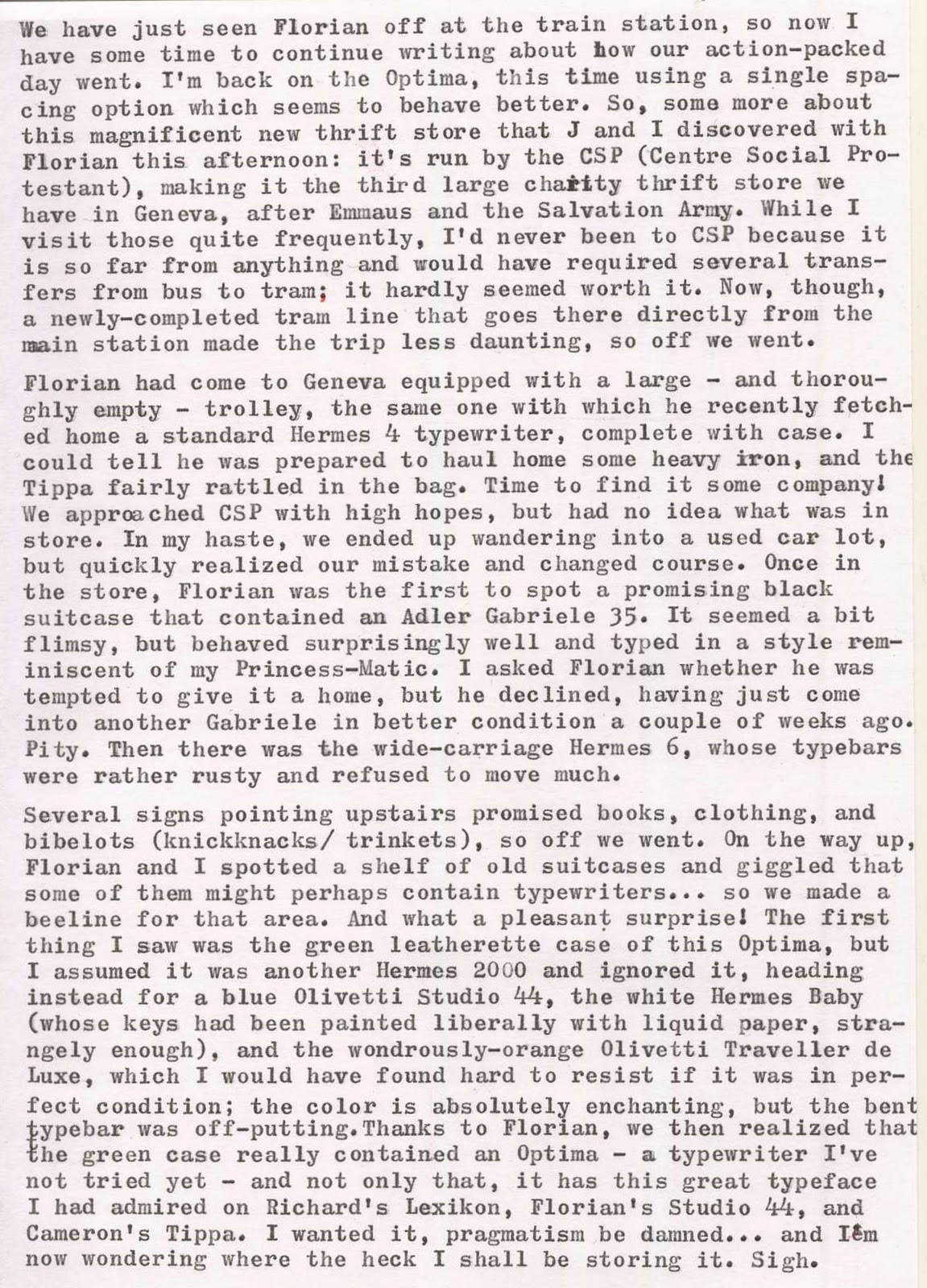 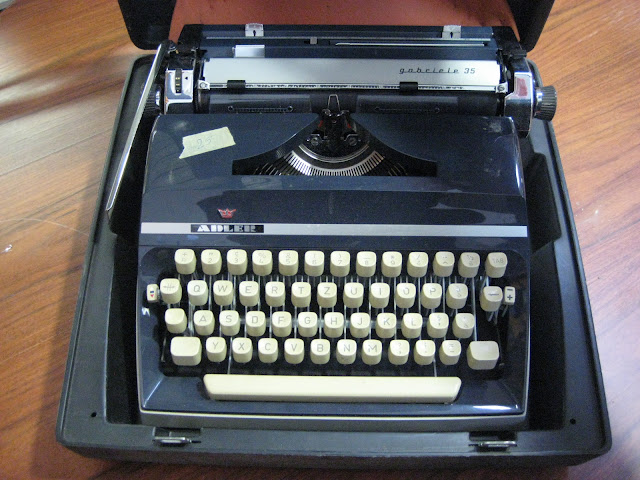 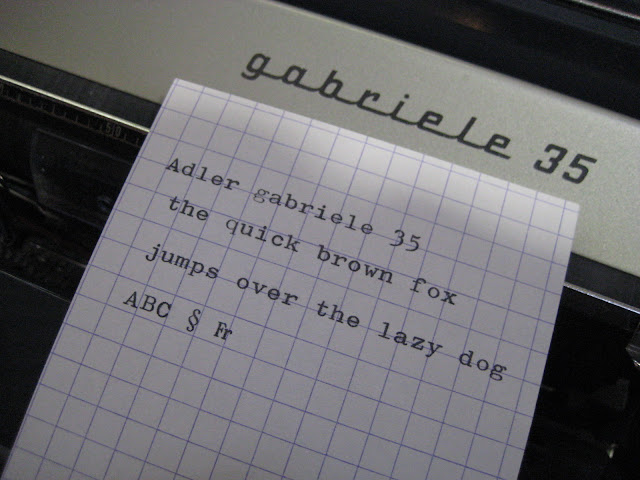 Nice typeface! Looks to be the exact one on my Scheidegger Princess-Matic. 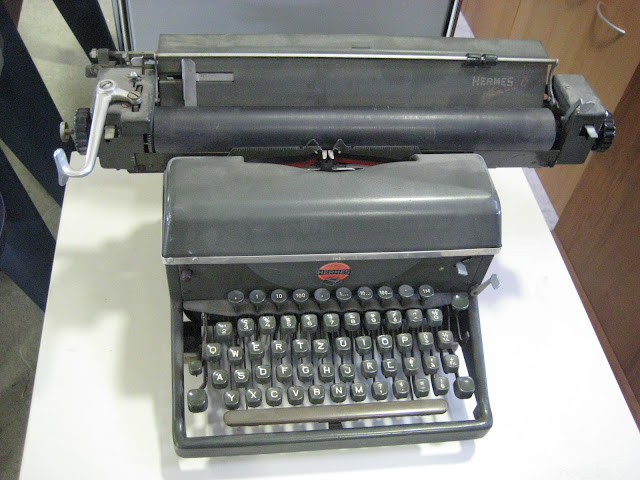 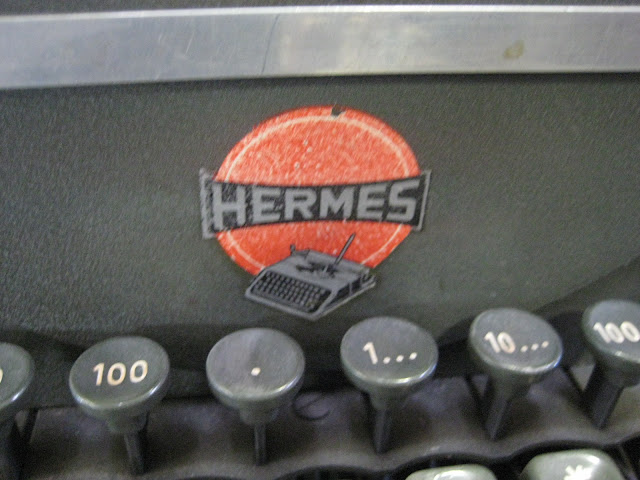 A closer look at the decal - notice anything familiar? 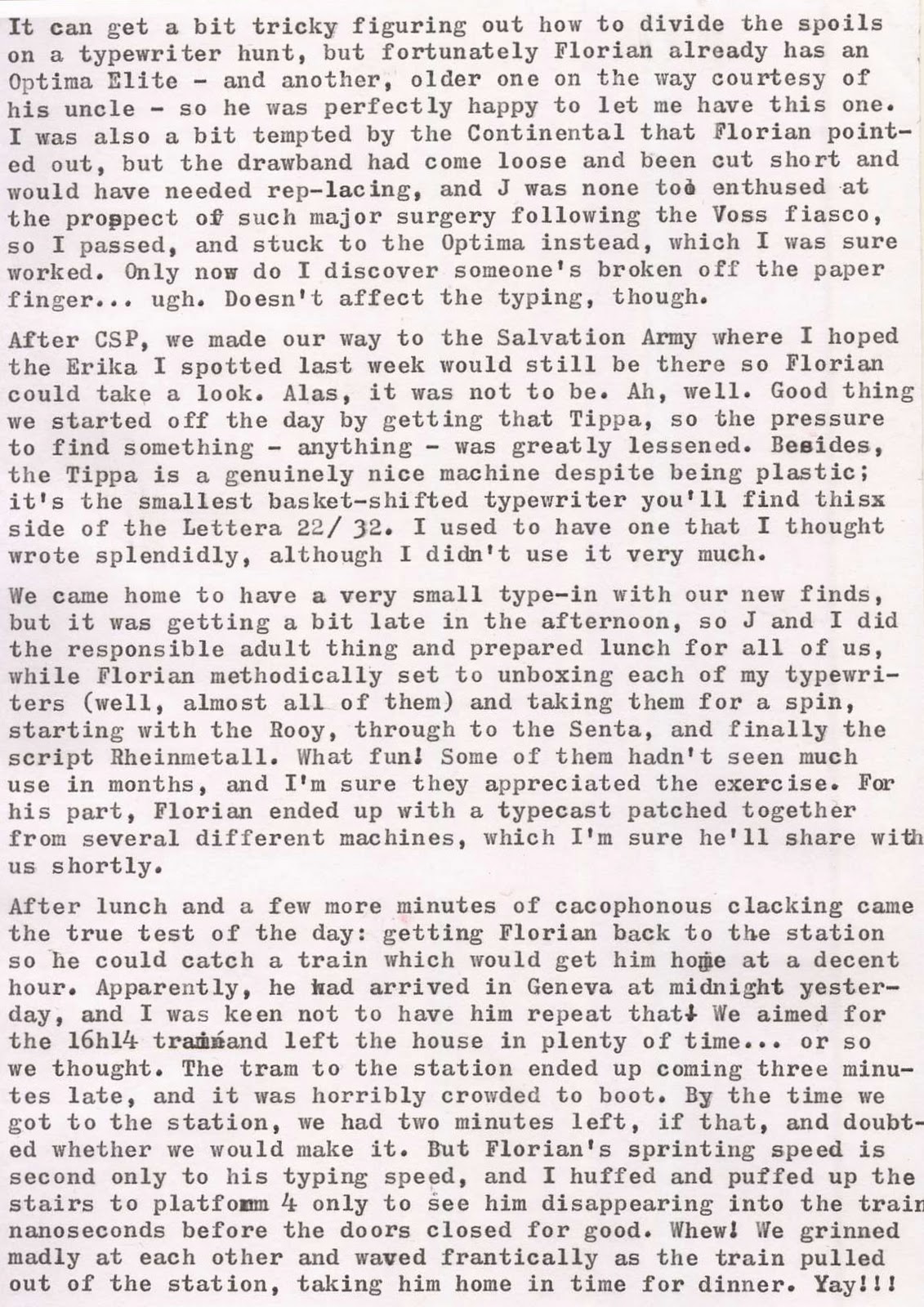 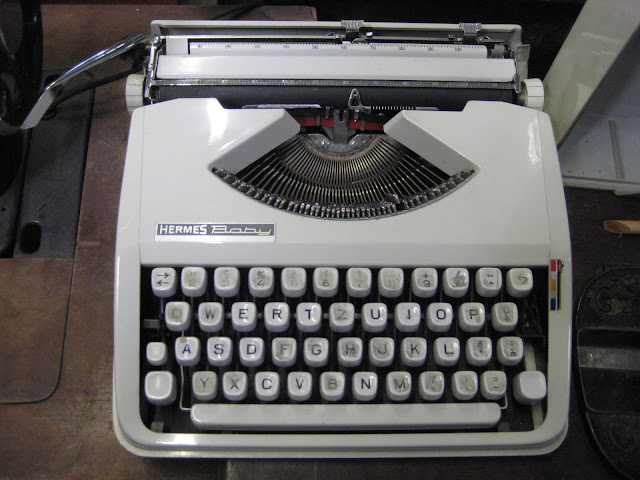 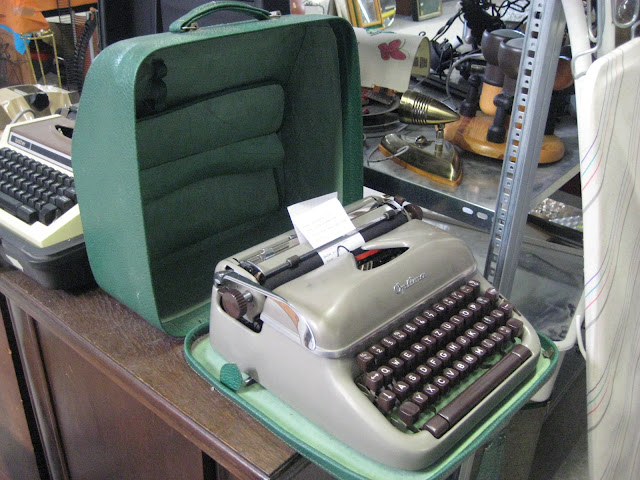 The Optima! It's seen better days, but I love the print typeface so I shall overlook its shortcomings. (The electric Brother is in the background.) 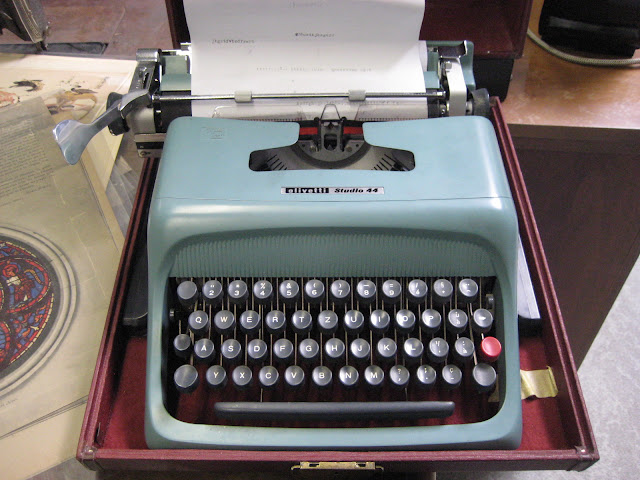 A "sky blue" Studio 44, as Florian calls it. Nice, but someone mistreated the carriage return lever and it was a tad shaky. 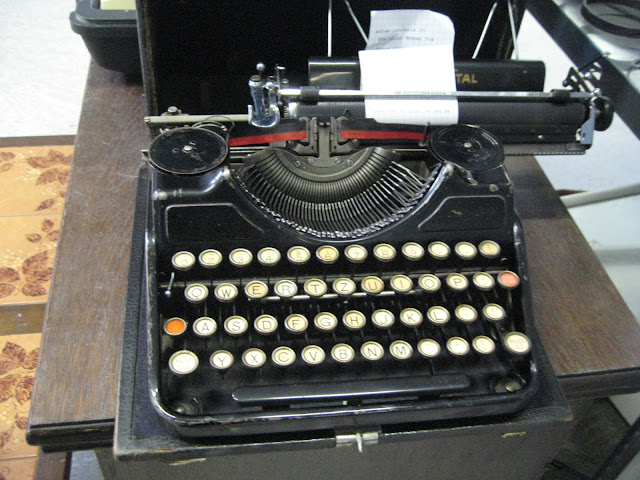 Continental with broken drawband, which typed reasonably well as long as I held on to the left platen knob and pulled it along. However, we didn't want to risk being unable to carry out the needed surgery. 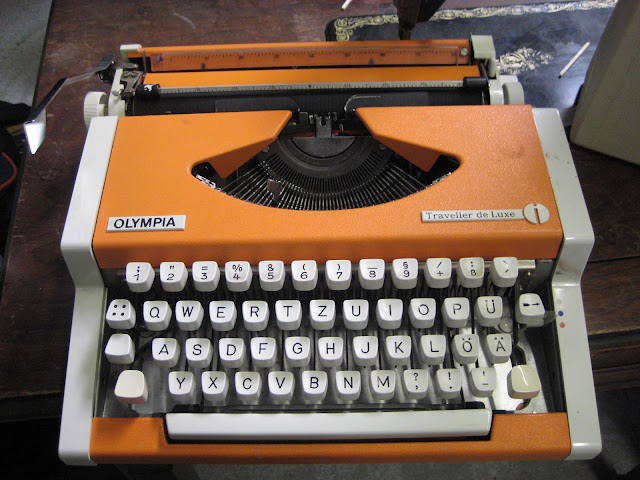 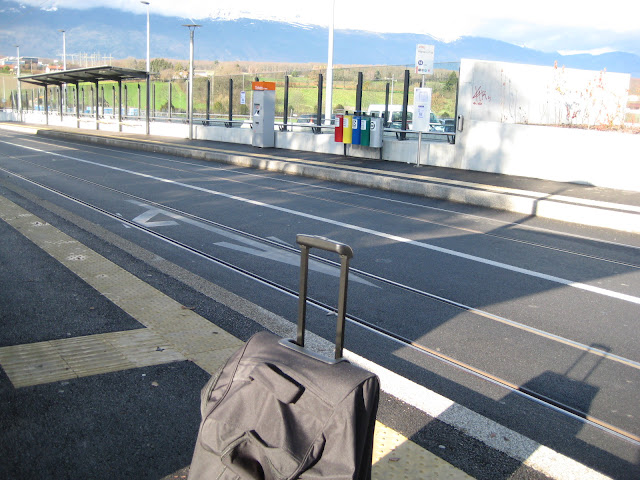 The trolley waits for the tram, laden with an Optima and a Triumph Tippa. A great time was had by all :)
Posted by Adwoa at 10:24 PM
Labels: Eye Candy, Optima, Typecasting