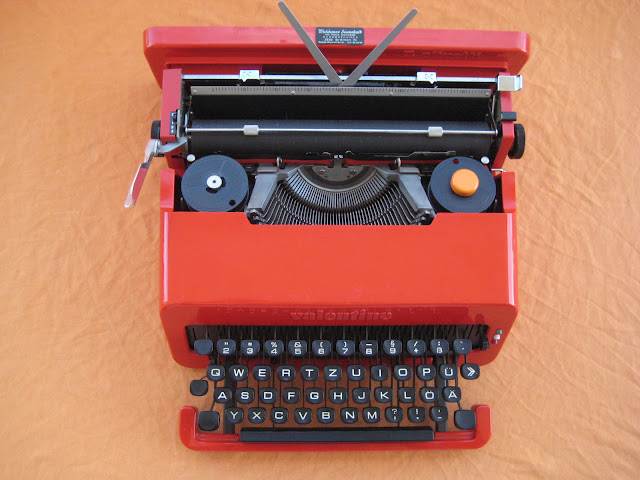 How time flies! And I don't have the good excuse of hammering out a novel either, I have just been slacking off from the blog. Well, no better machine to come back with than one that is especially dear to us (and many others too), despite - well, because of - its screaming red hue and thoroughly plastic construction: the Olivetti Valentine. 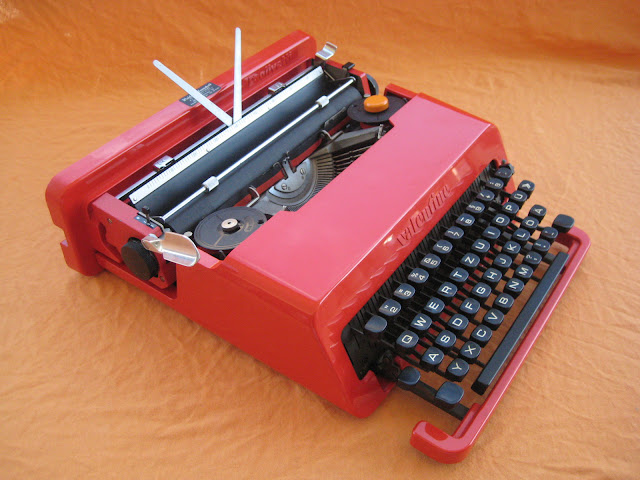 When I first started out collecting typewriters earlier this year, my husband told me that he had grown up with a typewriter in his Italian home, a red plastic model that his father had won in a radio contest in 1969. Indeed, it was none other than ye olde Valentine. As the story went, my father-in-law composed his thesis on his brand new typewriter, and then stashed it away, unused except for the occasional envelope that needed addressing. 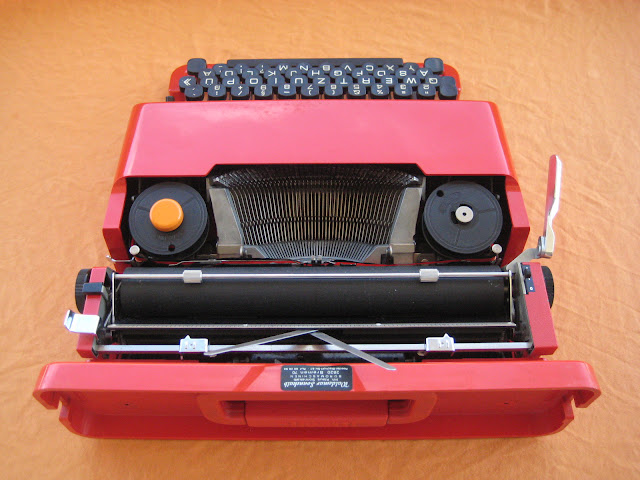 I had been looking forward to adding the family Valentine to our collection, but it appeared my mother-in-law had designs on it as well. So we let her have first dibs, and set about scheming on how to get one of our very own for the collection. As anyone who's looked at Valentine typewriter auctions will tell you, they tend to command rather high prices. Once, in a fit of blind frenzy, I bid more than 120 euros for a particularly appealing specimen. Fortunately, I was outbid. Whew. 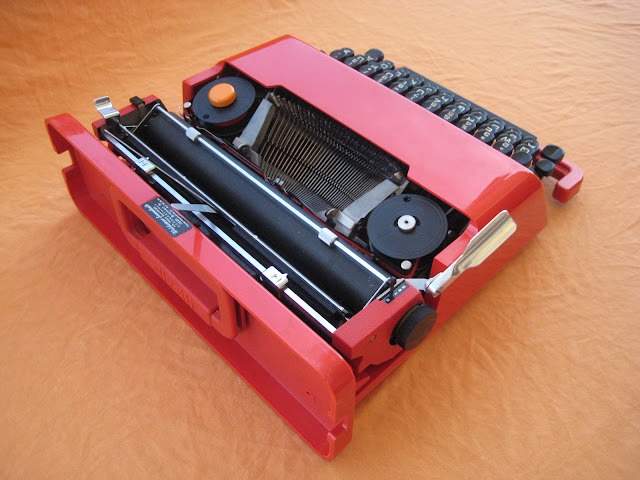 This one was a lucky find. I think it was labeled just "red typewriter" or some such, and only my obsessive investigation of all the new auctions allowed me to discover that it was our much-sought after Valentine. Not a great specimen of it at that - one ribbon spool cover was missing (giving the machine the appearance of having been caught mid-wink), and there were a few black marks on the body that we were not sure could be removed. Luckily, those buffed right out in the end. 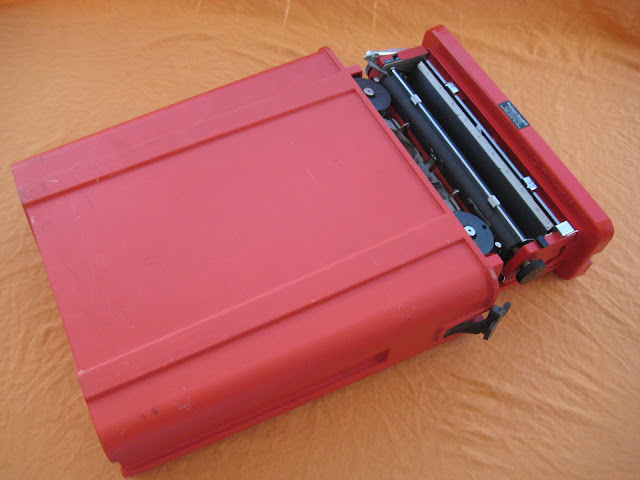 It took a while to get here from Germany, but eventually it did arrive and a deep and thorough scrubbing followed a reverent unboxing. Fortunately, it works fine - especially after we gave up on those cool orange ribbon spool covers (what I wouldn't give to find a matching set!) and settled for ordinary nuts, spares of which we were able to acquire in Italy. Mechanically, it's a solidly average - a bit of a rattle, as you would expect in such a plastic typewriter, and the usual Olivetti basket-shifted mechanism that was used in the Lettera 32, Dora, and many others. 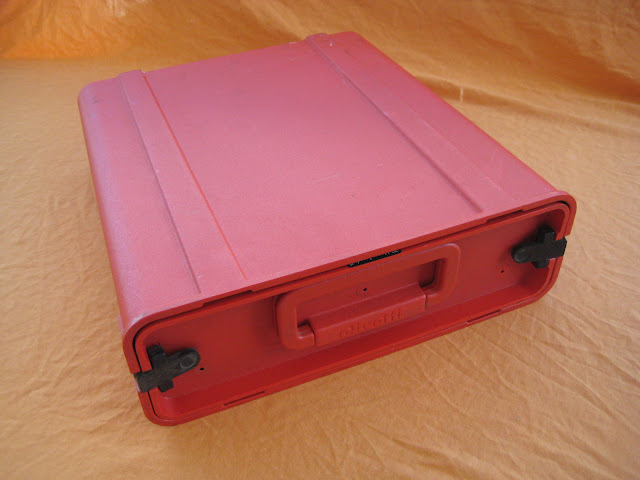 But no one really gets a Valentine to write with... do they? Ours spends most of its time enjoying the ambiance in its handy red bucket... er, case.
Posted by Adwoa at 9:24 PM
Labels: Collection, Olivetti/ Underwood