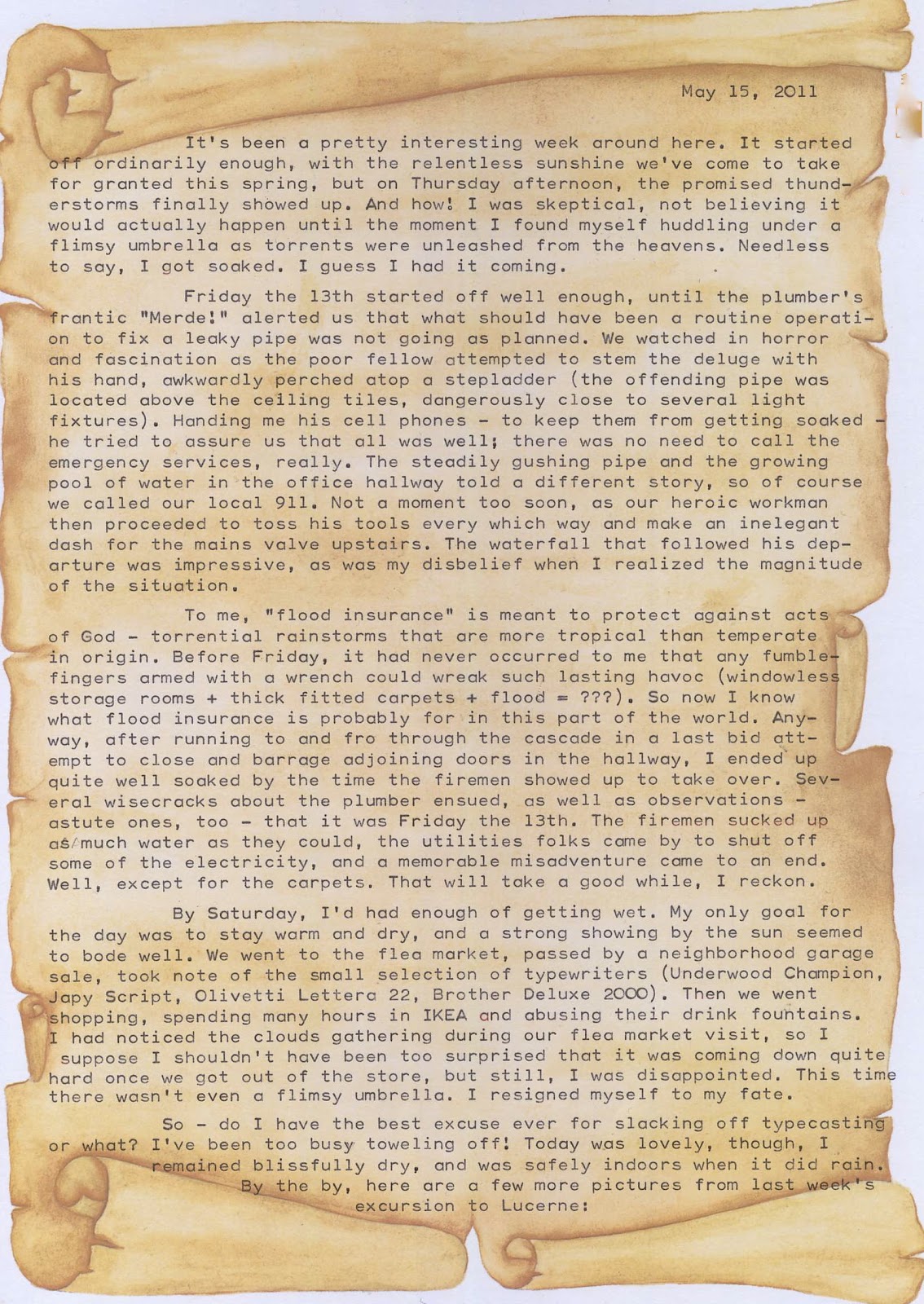 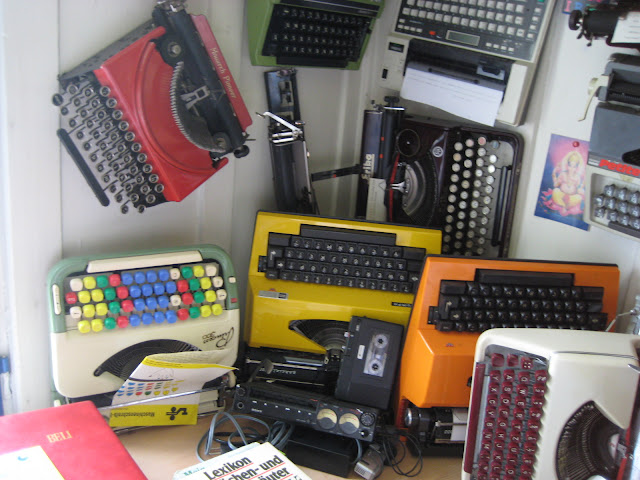 There is something of an "orderly chaos" to Alfred's approach to displaying his typewriters. Here, his "colorful typewriters" section, with several machines artfully arranged to mimic, one imagines, a riotous flower garden. 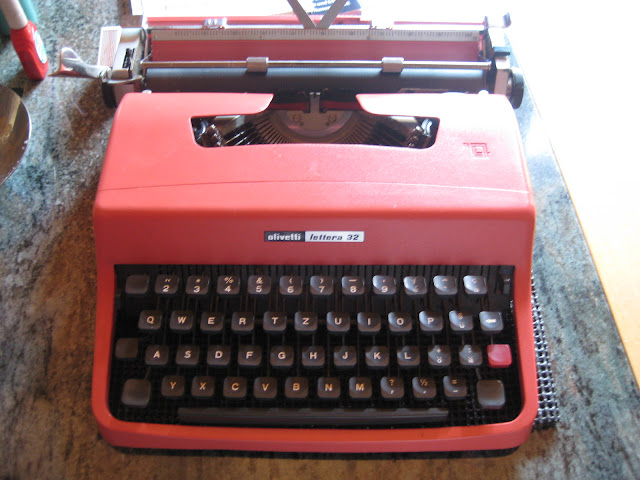 One of the colorful typewriters awaited our writing pleasure on the dining table: a pinkish-red Olivetti Lettera 32. This would fetch a princely sum on the 'Bay, for sure. 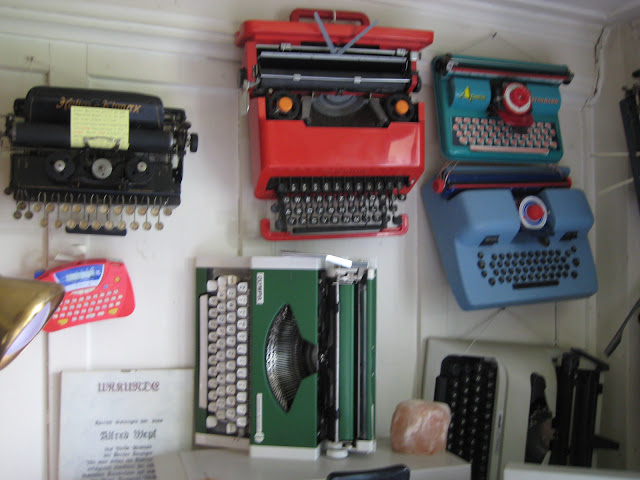 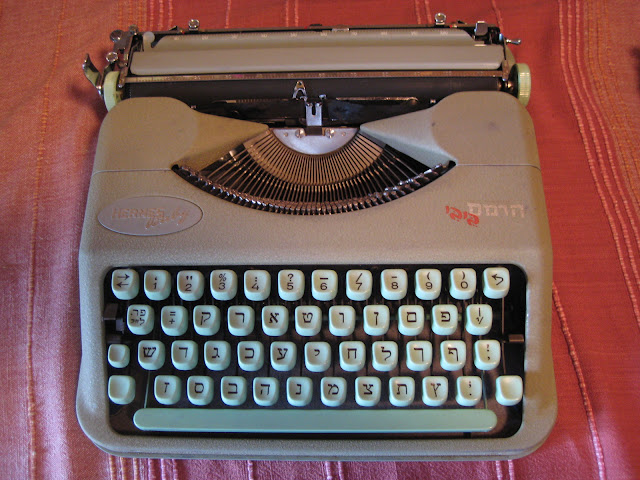 Alfred has many Hermes Baby typewriters, but this one has a rare feature: a Hebrew keyboard. 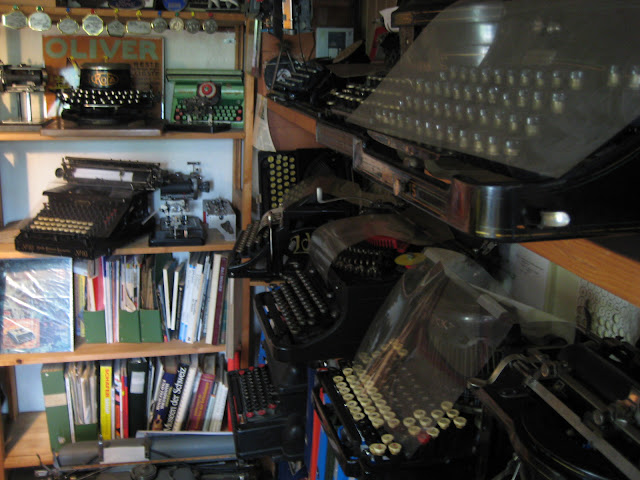 There were so many typewriters I could barely hope to photograph them all, so I took to trying to get some decent group shots, like this one. 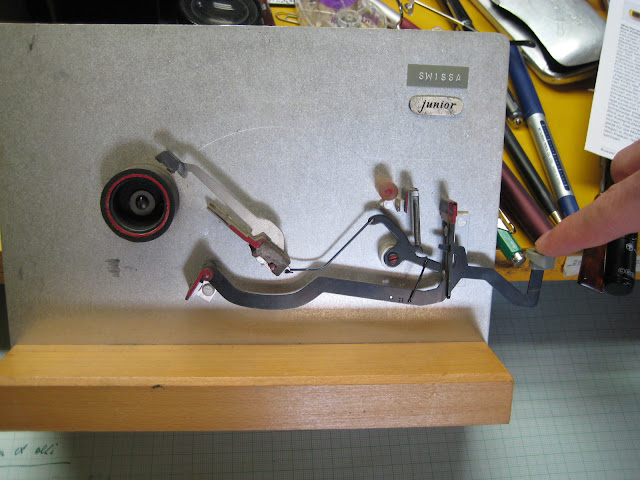 There were also several "demonstrator" models of typewriter parts, salvaged from commercial schools. I liked this cutaway of a Swissa Junior, showing the action by which pressure on a key-top is transformed into a platen strike. 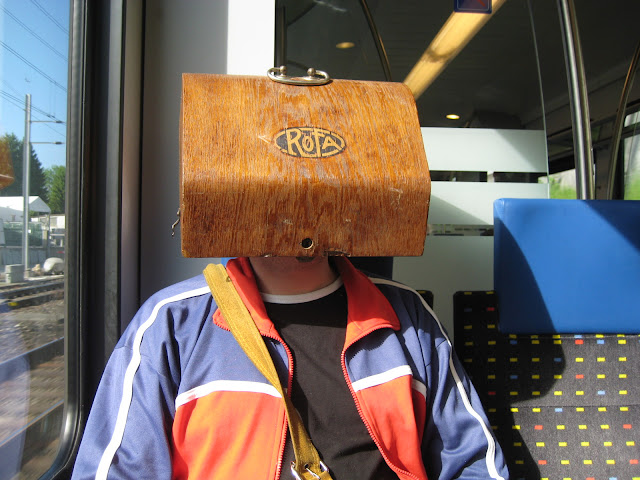 Even the trains in Lucerne come with a special section of antique typewriters... this Rofa typewriter seems to have sprouted a trunk, arms, and legs. He was very friendly... 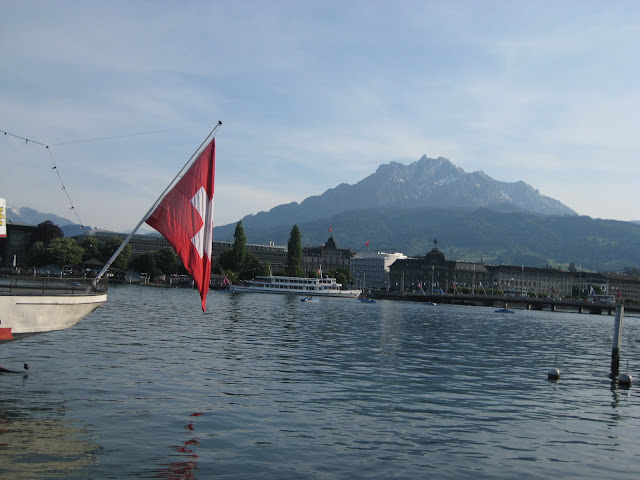 The very impressive Mount Pilatus, as seen from Lucerne's picturesque lakeside. I see I have no choice here but to admit that my inability to write a straight line on blank paper manifests itself in other ways too... no, the shoreline does not slope precariously to the right as though the whole kit and caboodle were about to fall into a sinkhole; it is I who is incapable of holding a camera perfectly horizontal. Mea culpa. In my defense, the boat in the foreground and the mountain still look sort of ok... ah, well. 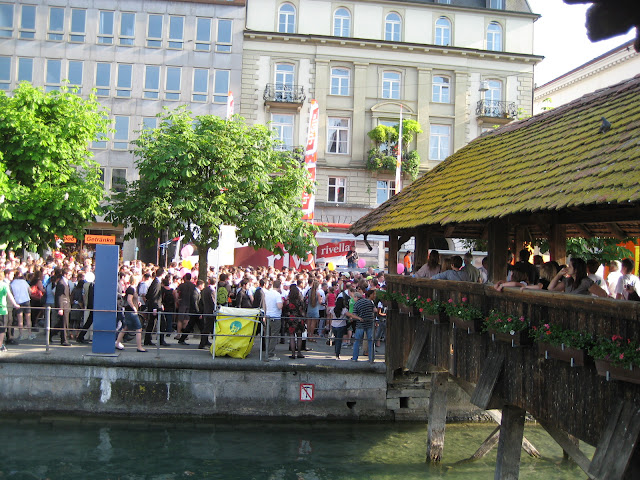 Our tour guide, the venerable Rofa typewriter, also showed us Lucerne's famous wooden bridge, from which we watched several thousands of Swiss fitness fanatics start off on an amateur foot race of some sort. Given the high temperatures, I was glad to watch from the shade of the bridge instead!
That wraps up last week's adventure nicely. In the meantime, Georg is occupied with some intriguing research on Paillard, and I urge you to take a look at the absolute treasure trove of Hermes ads he has unearthed, if you haven't seen it already: http://sommeregger.blogspot.com/2011/05/hermes-paillard-ads.html
Posted by Adwoa at 11:29 PM
Labels: Typecasting