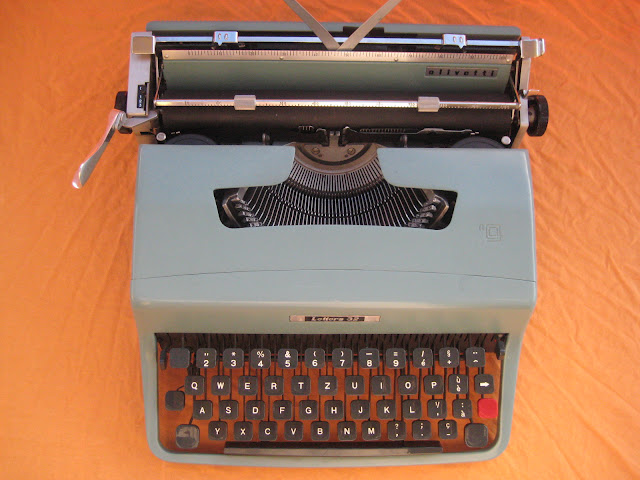 The Olivetti Lettera 32 was a popular machine for good reason: it is well-built with a full metal body, writes briskly, and is one of the most compact basket-shifted machines available. It is also distinctive and easily recognizable, in its classic blue shell. Now that it will always be known as Cormac McCarthy's typewriter, I am sure no one will be forgetting Marcello Nizzoli's design anytime soon. 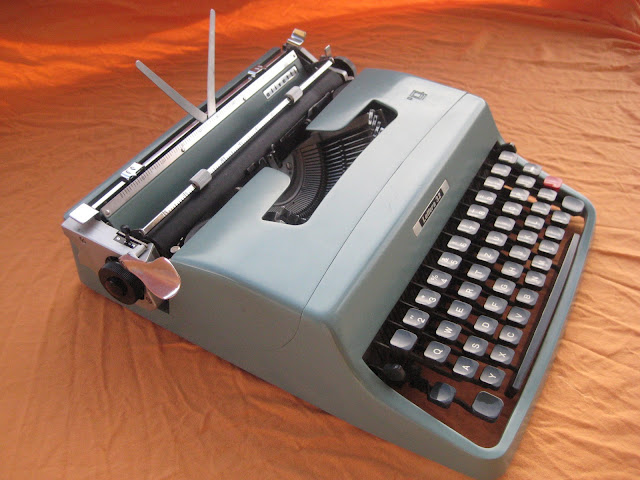 This one is in beautiful condition, with a Swiss-French QWERTZ keyboard and immaculate chrome accents; not a speck of rust to be found. 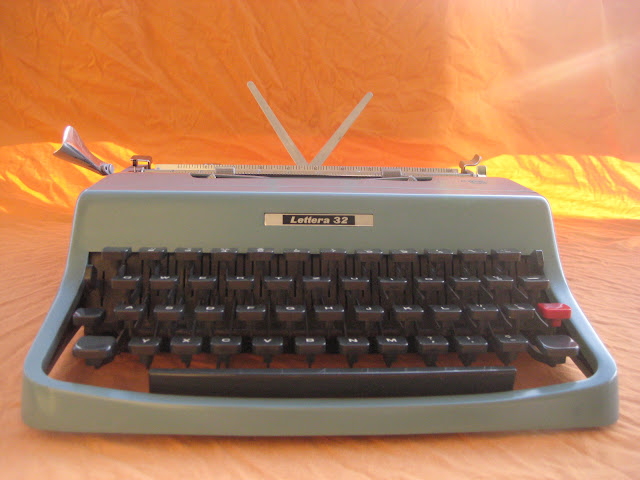 As much as I love this beautiful machine, it has the same font as the Studio 44 which I slightly prefer, so I shall put this one up on the block. Besides, we also have a Lettera 22 (actually a Pluma 22, which I shall feature soon), and the two are virtually identical - the Pluma is just a hair smaller. 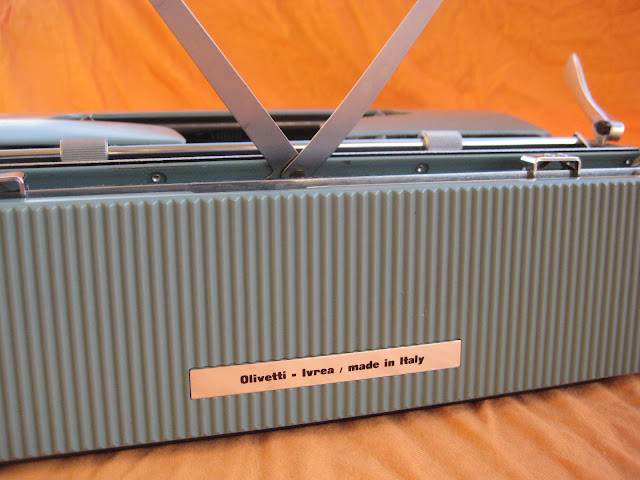 This is part of the first batch made in Olivetti's plant in Ivrea, Italy. Our Studio 44 also hails from that esteemed factory.

Speaking of factories, we are on a quest to find and visit Paillard's old premises in Yverdon and see how the old Hermes premises have been transformed since the factory closed. That should be interesting.

Anyway, back to the Lettera 32. The font is elite (12 characters per inch): 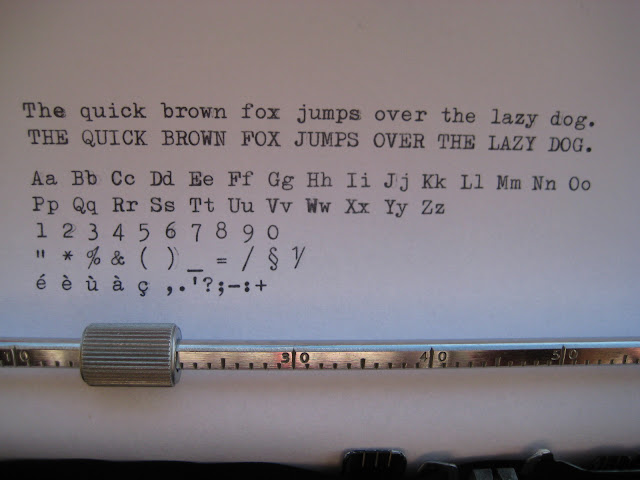 After the jump, a picture of the Lettera in its soft vinyl case: 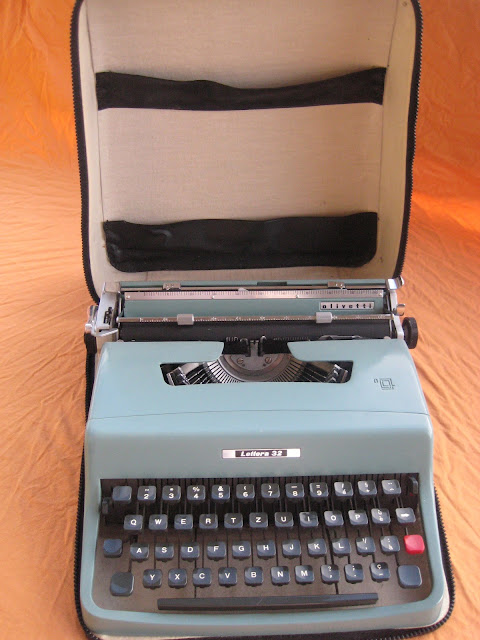 Posted by Adwoa at 10:47 AM
Labels: Olivetti/ Underwood