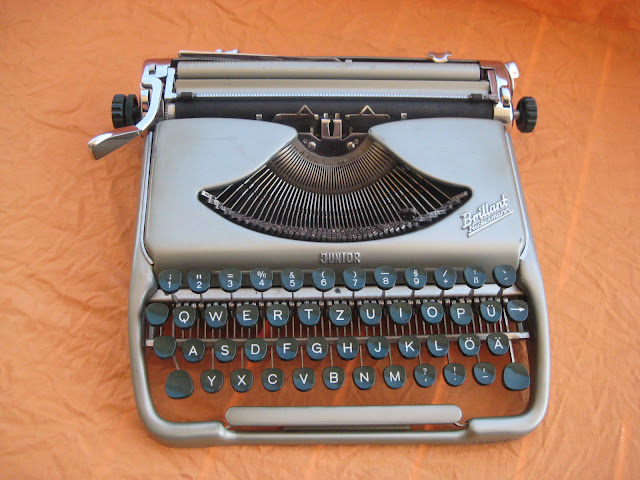 Reading Richard's post about the patron saint of typewriter collectors, St. Vincent de Paul, which he composed on a beautiful Groma Kolibri, I was reminded of my own ill-fated attempts to procure one of these ultra-flat beauties. The Neckermann Brilliant Junior above is a Groma Kolibri, rebranded and sold by Neckermann (a large department store in Germany. This is pretty much the equivalent of Sears rebranding Smith Corona typewriters in the States.). 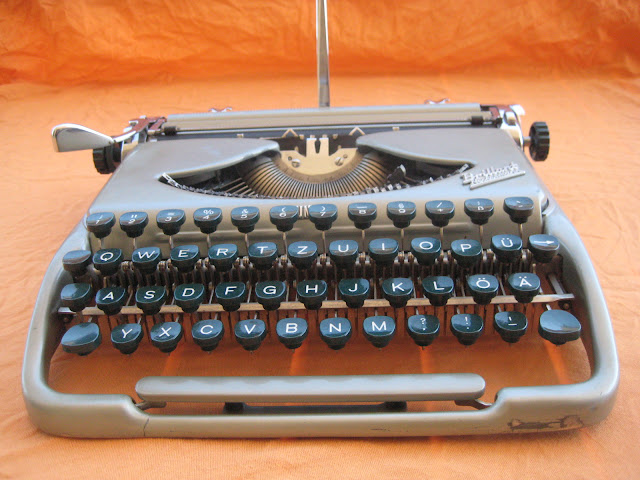 Of the many typewriters I have purchased online and had shipped to me, this is the only one that didn't make it. How ironic that it should also be the smallest! Perhaps that has something to do with it. See how the bottom is no longer level? We think the right side was dropped heavily at some point, causing the hairline crack right under the left side of the space bar. That is actually broken. So sad! What has happened, and is beyond my technical knowledge to repair, is that the space bar and keys no longer move the carriage - it moves freely on its own, but the escapement is jammed somehow and pushing a key does not trigger a carriage movement like it should. 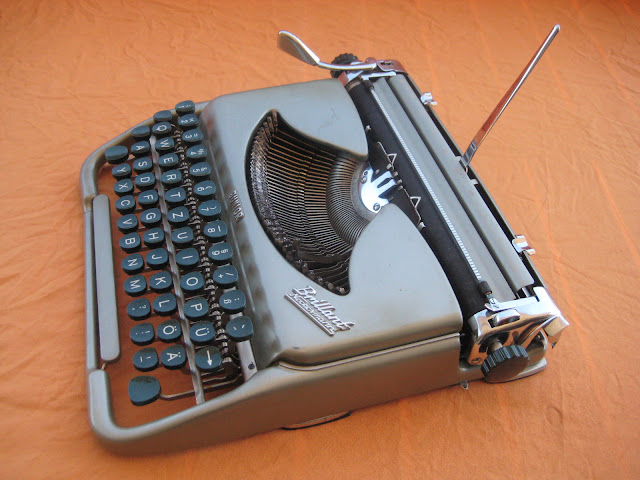 Couldn't have happened to a more handsome machine. The worst part of it is that this was the one machine I had delivered to a friend to save shipping costs (she lives in France and it's cheaper to send German purchases there as it's still in the EU whereas Switzerland is not), and so I have no idea of how it was packaged, as I asked her to discard the box and packing materials. I had not thought there would be cause for concern... in the past, everything has gone fine. Well, now I join the throngs of collectors with shipping horror stories. 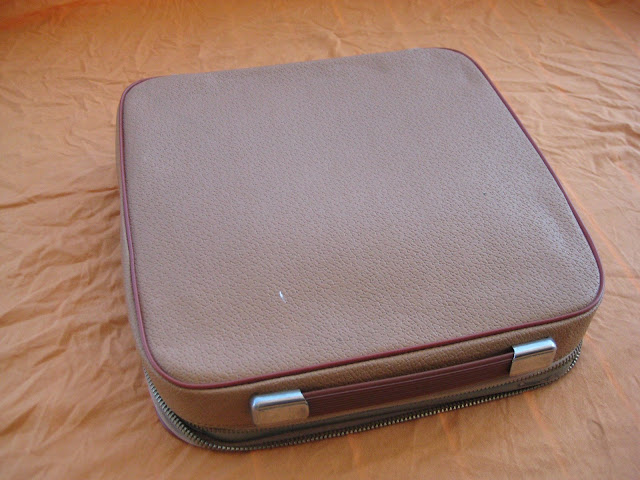 Here is the case which, although in decent condition, cannot be recycled for another machine because it is much too small. The Groma/ Neckermann now lives its days as our display typewriter,  hoisted up on the bookshelf. It looks rather nice up there; but of course I would much prefer it to be functioning! I'm much too scared to try getting another, at least for a while, so this will remain as my only experience with the much-sought after Groma Kolibri, unless I come across one locally (fat chance!). Ah, well. Win some, lose some.
Posted by Adwoa at 8:18 PM
Labels: Collection, Groma