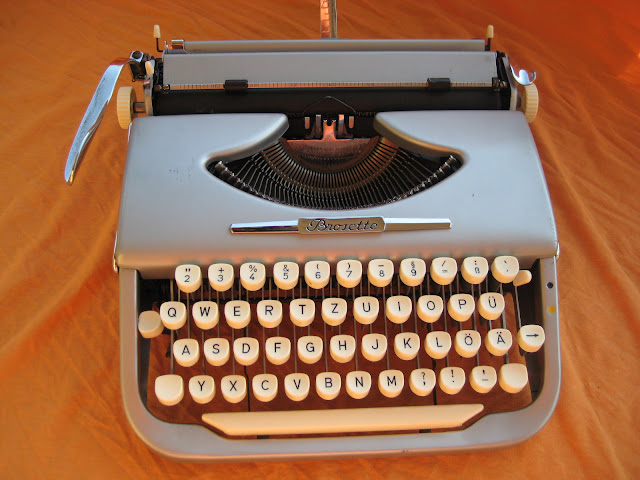 This is an odd bird, the Brosette. I had heard of its extremely rare, almost-mythical nature, and so when one popped up on eBay, I leapt in and bid at the last moment and won the auction. It arrived in functioning, but grimy condition, and I scrutinized it carefully to see what was so special about it. One thing is certain - this all-metal typewriter from the mid-50s is built like a tank. 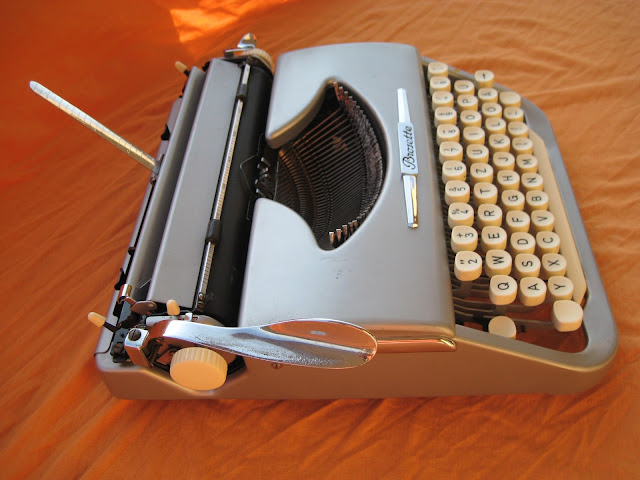 There are some quirks to it: the margin settings are reversed, for example, so the right margin stop controls the left side of the paper. You quickly get used to it, like riding backwards in the train. Because of this, the bell is also on the left. You can see it in the picture below, and also note that the numbers increase from left to right, exactly the reverse from every other typewriter I've used. 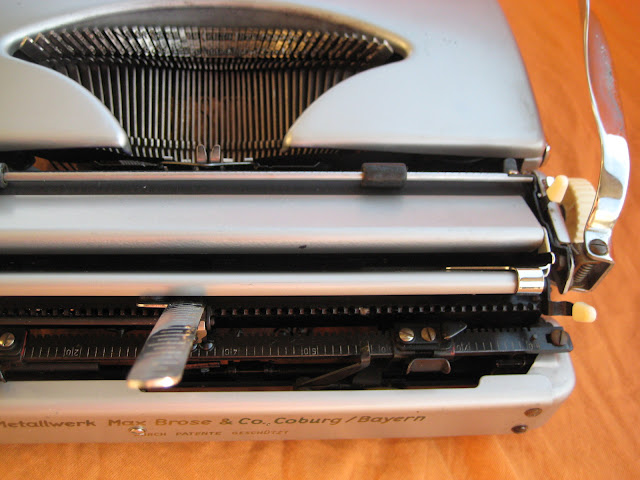 I have read on Will Davis' site that only a few of these machines were manufactured, but the serial number on mine is in the 38,000s. I don't think it is quite so rare! Perhaps, as is usually the case, there are few to be found in still-usable condition. 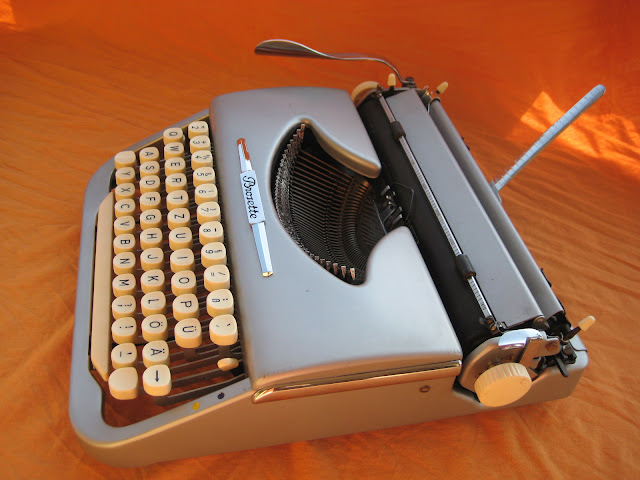 This one is in solidly average condition - quite a few of the screws are rusty, there are a few chips in the paint, and the chrome finish on the carriage return lever is a tad chipped. The case, on the other hand, could not be salvaged. It was originally blue vinyl and had fallen apart badly; the zipper was ripped out completely and had frayed so much it could not be repaired. It was with much regret that we discarded it. 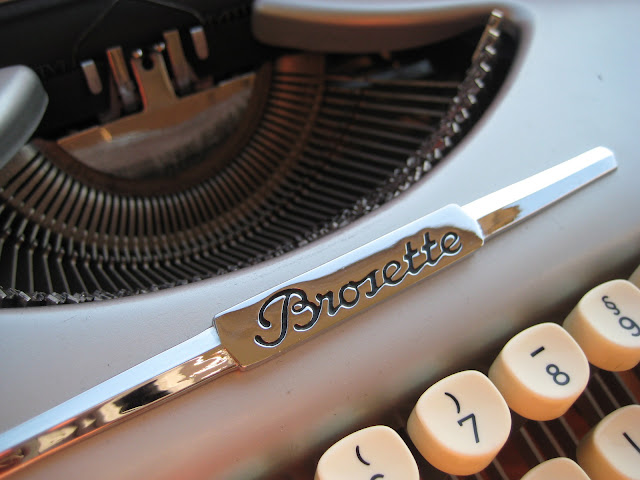 My favorite part of the Brosette is the logo. Such a beautifully-rendered B!

If there is any part of the machine that is completely ordinary, it is the Pica, 10-characters-per-inch font. It is virtually indistinguishable from the font on my ABC, and for that reason it violates my rule of only keeping one machine with a particular typeface. While it writes fine, the action is still a little stiff, and I would not want to write with it for long stretches, at least until it's loosened up with regular use. 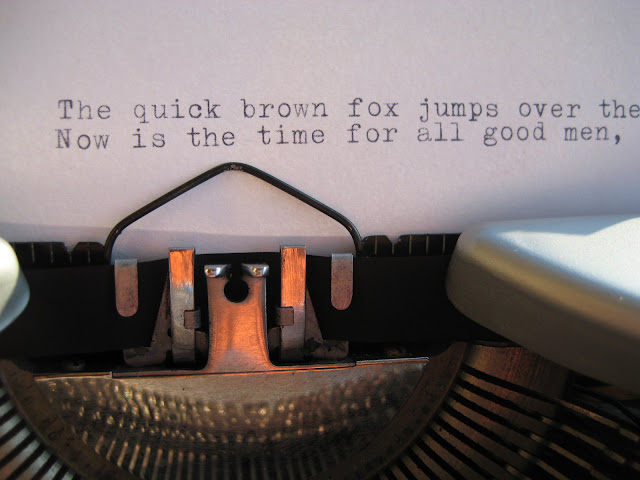 I'm hanging on to this one for now, but the jury is still out on whether it will be a firm part of my collection. I'm sure it has no resale value, because anyone looking for a typewriter merely to write with will not know anything of the Brosette's rarity or its place in German typewriter history. I am happy to give it a good home for now and take it for a spin from time to time, but eventually it would be great to swap it (*hint, hint*) for a nice machine with an interesting typeface. Fellow collectors, any takers?

Update on 14/9/10: The Brosette has found a loving home in Zurich with DC, a  new friend and budding collector :-)
Posted by Adwoa at 11:23 AM
Labels: Brosette